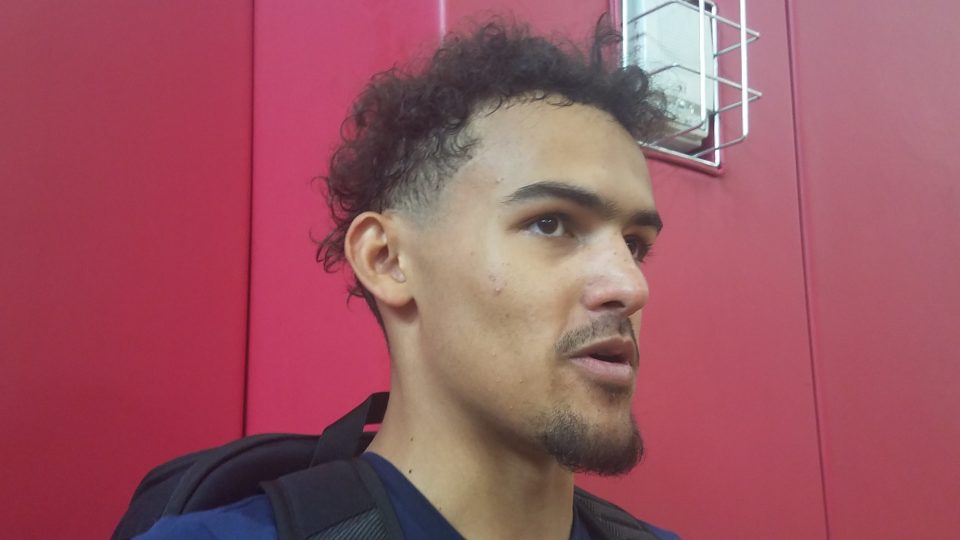 Late in the fourth quarter of the Atlanta Hawks home opener against the Orlando Magic, something occurred in State Farm Arena in Atlanta, Georgia that had not happened in at least 25 years. As Trae Young shot a free-throw on his way to 39 points, the crowd chanted “MVP!” It was likely the first time that a Hawks player received such an honorable cheer since the early 1990s when Dominique Wilkins was the team’s brightest star.

However, this era belongs to Young.

In two games, Young has compiled 77 points, 18 assists, 14 rebounds, and 11 three-pointers while leading the NBA in scoring with 38.5 points per game. He was the first player in NBA history to average at least 38 points per game, nine assists, and seven rebounds to open the season. The stats are compiled from a small sample size considering it’s only the second game during a long 81-game NBA season. But Young’s performance are NBA All-Star worthy and could spark debates over if he’s ready to be placed in the running for NBA MVP.

Young has a lot working against him in regards to a potential MVP run. He would need to usurp consistently great players such as LeBron James, Anthony Davis, Kawhi Leonard, James Harden, Russell Westbrook, Steph Curry and last year’s MVP, Giannas Antetokounmpo.

Young would also need to find a way to help the young Hawks win more games as the team only notched 29 victories last season. But Young has a lot working for him if he seeks to become the youngest NBA MVP. Because of the Hawks style of play, Young will have an opportunity to take a lot of shots and rack up a bunch of assists. The Hawks also play in the NBA’s Eastern Conference which is inferior to the powerful teams in the Western Conference. With consistent play, the Hawks could sneak into the playoffs.

For now, Young understands that a two-game stretch can’t define an entire season. Following the Hawks victory, Young told reporters, “I don’t want to get too high or too low on any game this year. It’s obvious a great start for us to be 2-0. We want to continue to build off of that and take it game-by-game.”

If Young can score and assist consistently  for the next five months, those MVP chants may come to fruition.