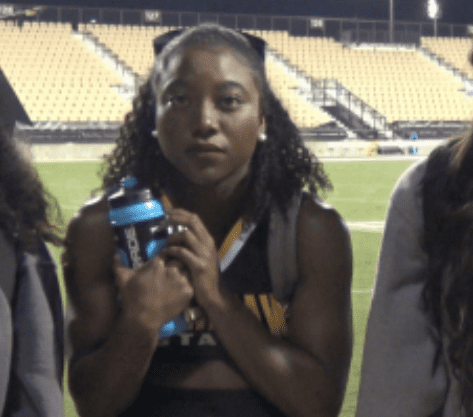 In 2017, Tommia Dean, a cheerleader at Kennesaw State University in Georgia, followed in the footsteps of Colin Kaepernick by taking a knee during the national anthem before her team’s football games.

But due to her protests, Dean alleges that she was kept off the field by school officials.

Dean decided to sue Kennesaw State University officials, claiming that they worked to keep her and other cheerleaders off the field during the national anthem for two games.  She also named Cobb Sheriff Neil Warren and former state Rep. Earl Ehrhart in her lawsuit.

In February 2019, a federal judge found that Ehrhart and Warren did not act with any sort of racial animus.

“A compromise has been reached,” the settlement’s agreement states. “The intent of this agreement is to buy peace of mind from future controversy and forestall further attorney’s fees, costs, or other expenses of litigation, and further that this agreement represents the compromise, economic resolution of disputed claims and, as such, shall not be deemed in any manner an admission, finding, conclusion, evidence or indication for any purposes whatsoever, that the KSU defendants acted contrary to the law or otherwise violated the rights of Dean.”