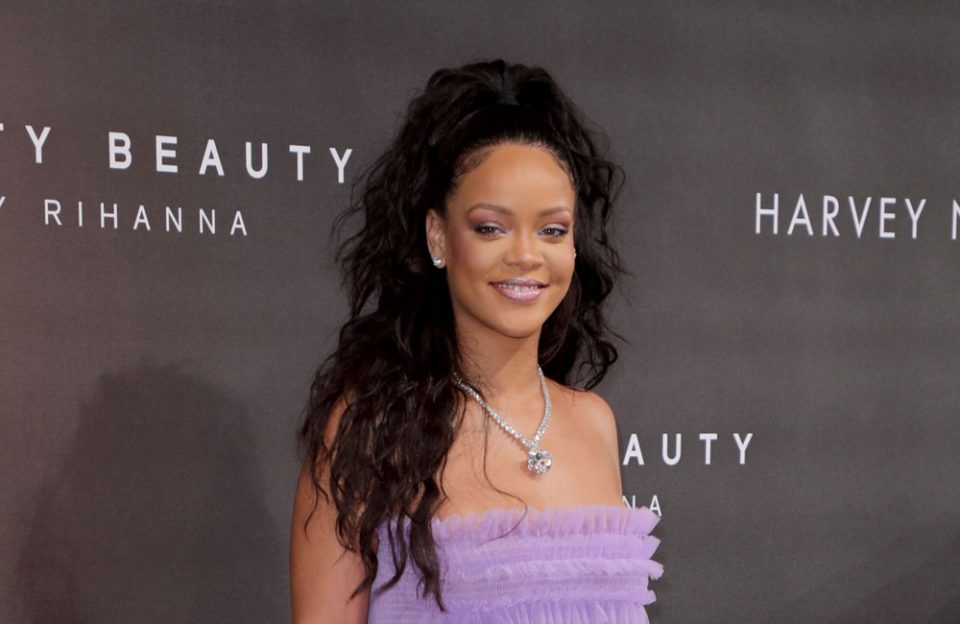 Rihanna is ready to “dominate the mascara game.”

The “Work” hitmaker is expanding her Fenty Beauty product range with the introduction of her Full Frontal Mascara later this month.

She announced on her Instagram and Twitter accounts: “Ya done know that @fentybeauty was coming to dominate the mascara game too!! #FULLFRONTALMASCARA (sic)”

It’s time we get into some lashes! Our new #FULLFRONTALMASCARA is designed to give you a fully exposed lash with our unique flat-to-fat brush that volumizes, lengthens, and curls! Pick yours up on JANUARY 16 at fentybeauty.com, @sephora, @harveynichols, @bootsuk, and #SephorainJCP!

They wrote: “It’s time we get into some lashes! Our new #FULLFRONTALMASCARA is designed to give you a fully exposed lash with our unique flat-to-fat brush that volumizes, lengthens, and curls! Pick yours up on JANUARY 16 at fentybeauty.com, @sephora, @harveynichols, @bootsuk, and #SephorainJCP!

“Flat to fat just like dat! We’re bringin’ you our #FULLFRONTALMASCARA in a water-resistant, sweat-resistant, and longwearing formula with a unique brush that loads and lifts lashes on the fat side, and defines and curls them on the flat side! Get it when it drops on January 16 at fentybeauty.com, @sephora, @harveynichols, @bootsuk, and #SephorainJCP (sic)”

She told Conde Nast Traveler: “Sometimes when traveling with Rihanna, we land and have to go straight to a media event, and my job is to make sure everyone looks good. I love using the new Hydrating Longwear Foundation by Fenty Beauty: I know that it’s going to have longevity and be very durable, but it also has moisturizing properties that are great for dried-out skin after a flight.”

Ono also praised the versatility of Fenty’s Match Stix make-up sticks, which she always has in her make-up bag.

She said: “I also love Fenty’s Match Stix magnetized makeup sticks because they’re multipurpose, and I like to bring things with me that are multi-use so I don’t have to overpack. The matte version has the more creamy shades that I can use for contouring and highlighting, as well as a concealer, but the shimmer shades are great for blush, eyeshadow, or as a lip color. I can pretty much use them for anything. I also love to pack Fenty’s Full-Bodied Foundation Brush, which I’ll use as a blush brush for applying foundation and highlighter–you can used different sides of the brush for different areas.”