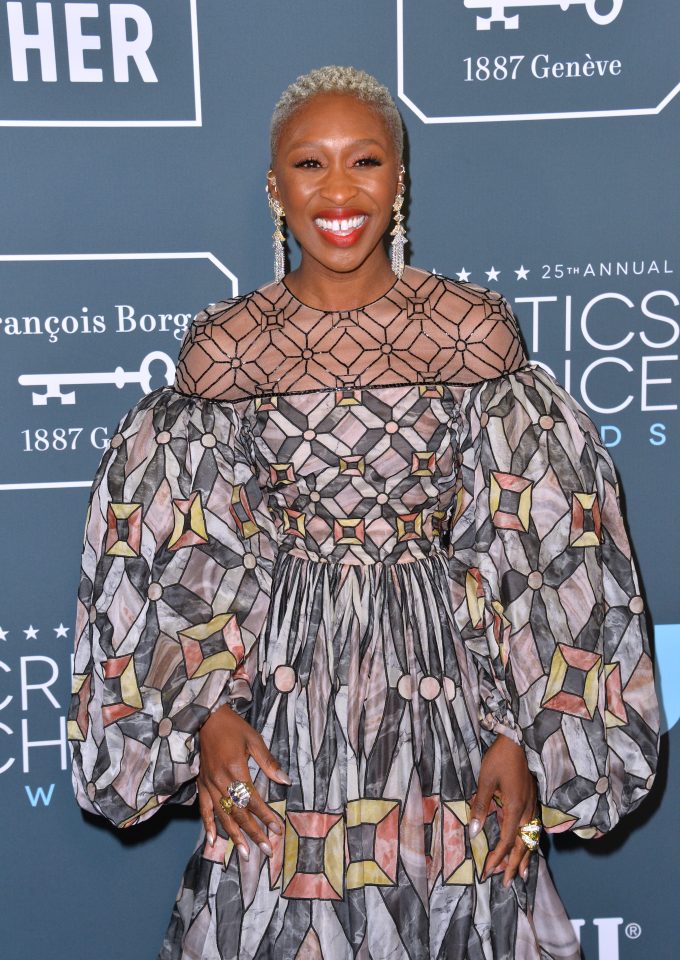 Cynthia Erivo could make history if she wins in her Academy Award categories.

Erivo, the British-Nigerian actress and songwriter, would become the youngest-ever EGOT winner if she takes home the best actress Oscar for her riveting role as Harriet Tubman in Harriet.

She would join her songwriting brethren John Legend, who also is an EGOT winner — meaning he has won an Emmy, a Grammy, an Oscar and a Tony Award during his illustrious career.

As it stands, Erivo is up against some stiff competition in the best actress category at the 92nd Annual Academy Awards. She is also nominated for best original song for co-writing and performing “Stand Up” in the film.

If Erivo prevails, she would become only the 16th person overall to win Emmy, Grammy, Oscar and Tony awards.

According to The Hollywood Reporter, Erivo won a Tony Award in 2016 for best actress for her role as Celie Harris Johnson in stage play edition of The Color Purple.  She won a Grammy in 2017 in the best musical theater album category for the same role. She also won a Daytime Emmy Award later that year for her performance on “Today” alongside her The Color Purple castmates.

The multitalented Erivo joins another exclusive category with the nominations, The Hollywood Reporter states. Only Mary J. Blige and Lady Gaga have ever been nominated in acting and song categories. Blige received her nods in the best supporting actress and best original song categories for Mudbound. Lady Gaga was nominated for best actress and best original song for A Star Is Born in 2018 and took home the latter prize.

No African American has ever won both.

The Oscars will take place at The Dolby Theatre in Los Angeles on Feb. 9.