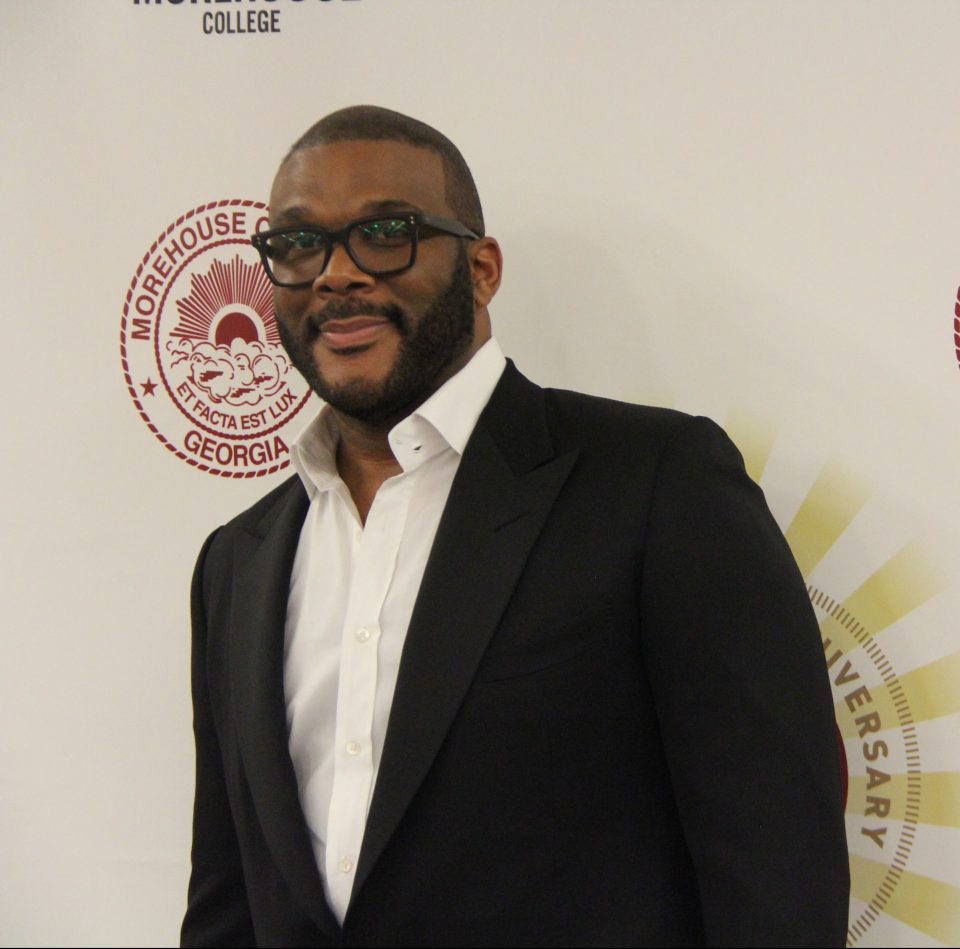 Black people are arguably the world’s most discriminating and merciless people when it comes to critiquing hair and wigs, especially bad ones.

Evidence of that first came to this reporter when former teen gymnast Gabby Douglas was busy breaking barriers and making history during the 2012 Olympics, yet the only thing most Twitter users could seem to focus on was the few strands of her hair that were out of place.

African Americans are also extremely discerning when it comes to fake or sloppily fittings wigs. That was the case when they watched Tyler Perry‘s Netflix film debut, A Fall From Grace.

The criticism came early and in waves.

Has anyone discussed #TylerPerry’s history of putting cornball wigs on men yet? Including himself 🤦🏾‍♂️ #AFallFromGrace pic.twitter.com/XcpXrW08mp

Perry appeared to be slightly irritated in recent interviews for having to answer questions about the wigs he used in A Fall From Grace, such as the one below:

People have been talking about Mehcad Brook's hair in the latest Tyler Perry movie and here is what Tyler said. "It could have all been fake even for the character" We also talk about Bad Boys for Life and Coming To America 2 being filmed on his property. https://youtu.be/QGVD4o9XFIw

Despite what some Tyler Perry fans see as a glaring flaw, @justdoodirty2 may have summarized the sentiments of the filmmaker’s hardcore supporters with this post on Twitter:  “Y’all better leave #TylerPerry alone…if we have to deal with 12th Grade Movies so that we can have 330 Acres of our own sound stage.. and POC having jobs & getting opportunity.. then let this man give us sketchy a– films.. D— it.. go ahead #TylerPerry #TheView”

Still, most social media users were highly critical of the wigs in Tyler Perry’s A Fall From Grace. Check out a sampling of the responses.

And this is why shooting a movie in 1 week is ridiculous!

Tyler Perry; “what an attractive man… put a wig on him”

Tyler; “🗣PUT A DAMN WIG ON HIM” pic.twitter.com/v4PKtzk4fn