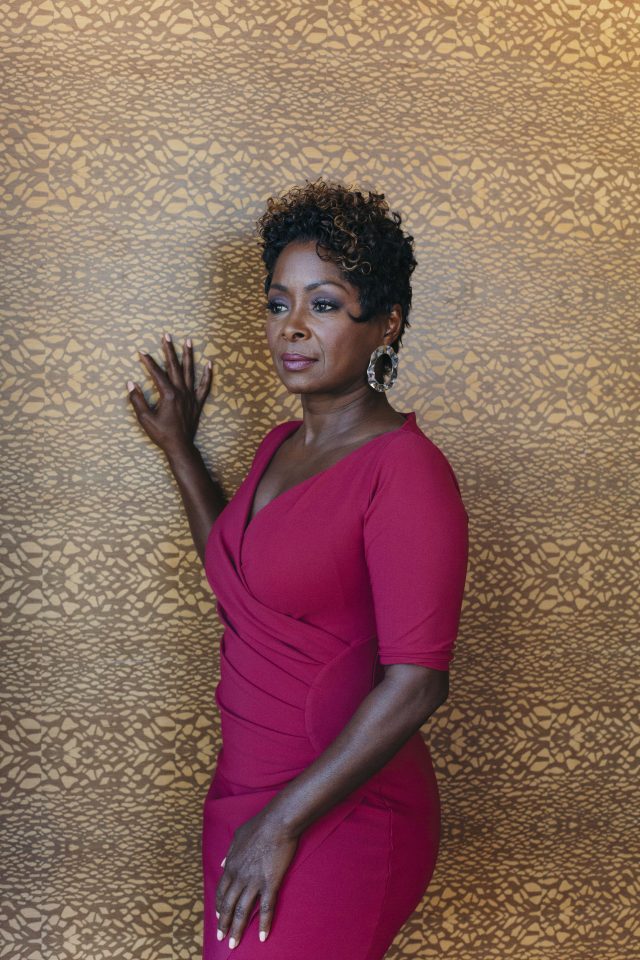 The storyline in Tyler Perry’s recent movie, A Fall From Grace, had unexpected twists and turns, but for the most part stays consistent with the filmmaker’s signature narrative of a single, distressed Black woman dealing with heartbreak and depression. Crystal Fox stars as Grace Waters, a divorcee struggling with adapting to a new life after her husband has left her for a much younger woman.

In Perry’s OWN series “The Haves and the Have Nots,” Fox plays Hannah Young, a humble housekeeper who works for a wealthy White family. Her character is a single woman struggling to deal with adult children who are in and out of trouble and the death of her grandson who is brutally murdered.

The themes regarding both characters are clear: single, struggling and heartbroken resulting in mental trauma. Rolling out asked Fox how she felt about portraying characters who some viewers feel present a negative stereotype of Black women.

In both A Fall from Grace and “The Have and the Have Nots” your character is a single woman stressed to the point of depression. Is there balance or message in playing those characters?

The thing that is amazing to me is that [Black women] never give up. Regardless of what we go through, we continue to go forward. I never choose to play “depressed” roles. In fact, I don’t see them that way at all.

My goal is to bring a sense of empowerment and hope to these roles. One of the things that I love that Tyler does is that he writes to the facets and levels that often we don’t see in other scripts or movies. … Once we get the script, it’s up to us to bring the different levels to the role, and I try my best to do that in a way that is inspiring as opposed to heavy or depressed.

My character on “The Haves and the Have Nots” was single in the beginning, but later we see her with a love interest. I believe the story with Grace is one of hope, it’s not to give up on love but just to be careful and pay attention to the signs when they show up.

We’ve enjoyed you in many supporting roles, but this is your first leading role. Tyler Perry has praised your portrayal and said that he was excited to give you an opportunity that was overdue. How has this experience been so far?

I’m so grateful to Tyler Perry for this opportunity. To see your picture on a billboard in LA or in Times Square is an indescribable feeling. I’ve had casting directors tell me I was too black for some roles or not fat enough to play others. This role and experience have been a tremendous blessing for me and has made me feel that I’m enough just as I am. I hope it will inspire other actresses of color to continue working toward their goals.


Posted in TV and tagged A Fall from Grace, Crystal Fox, featured, OWN, the haves and have nots, Tyler Perry