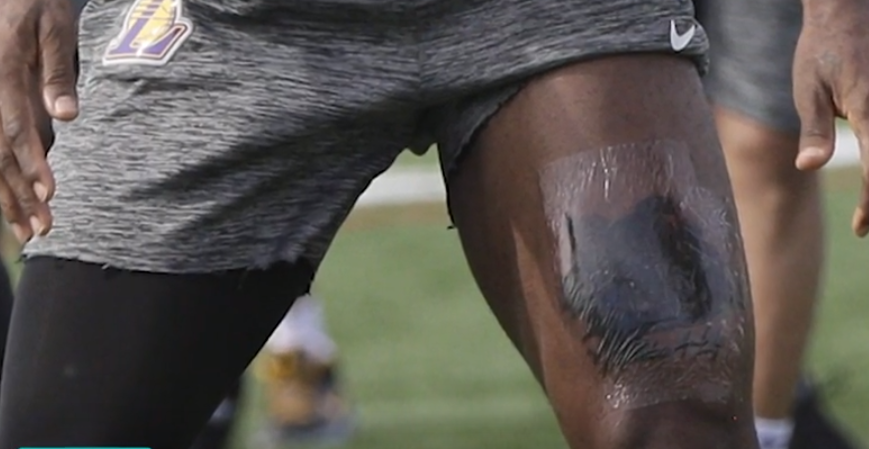 LeBron James admitted he had great difficulty articulating his feelings in the days following the passing of basketball legend Kobe Bryant.

King James, 35, decided to make a powerful statement without having to use words by getting a tattoo to honor and reflect Bryant’s famous self-titled nickname, the Black Mamba.

James debuted the tattoo publicly when he and his teammates practiced in preparation of their first game back since Bryant and his daughter GiGi were lost in a helicopter crash along with seven other people.

Showbiz Hollywood and TMZ reporters had difficulty making out James’ entire tattoo because it was encased in protective plastic. But they were able to see enough to know the tat was of a Black Mamba snake and speculated that it included the words “Mamba 4 Life.”

The Lakers, who canceled their Tuesday game with the in-town rival Clippers to mourn, will host the Portland Trailblazers at the Staples Center on Friday evening.

With Bryant’s face adorning the side of the arena and the outside of the stadium being the site of a massive memorial for fans, this first home game is sure to be an emotional event.

Check out a close-up of the tattoo below: