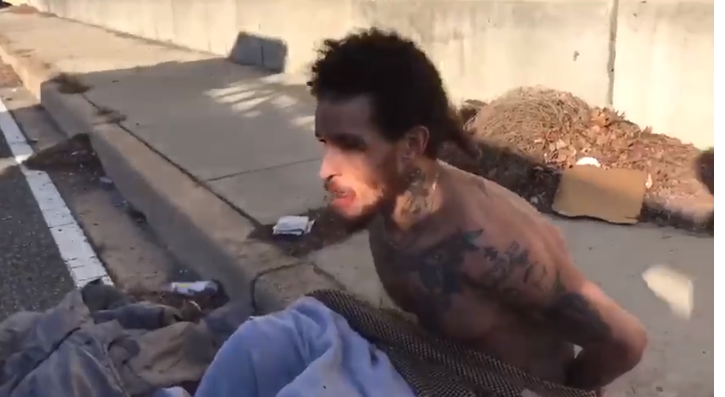 LeBron James’ former teammate Delonte West was reportedly captured on video getting beat up and stomped on in the middle of a busy street in Washington, D.C.

West, 36, who is best known for his years with the NBA’s Cleveland Cavaliers, was seen in video footage captured by a horrified bystander. West was lying motionless in the middle of the busy road while another man stood above him. The unidentified man punched West repeatedly before walking over to the other side to stomp on his head.

Later, West is captured in another video, shirtless and sitting on the sidewalk with his hands cuffed behind his back, yelling that someone came at him with a gun.

When pressed for more details about what went down, West repeatedly replied, “I don’t give a f—.”

Later, TMZ received confirmation from West’s former agent, Aaron Goodwin, that the mysterious man in the videos is West.

Click to the next page to see the disturbing video: