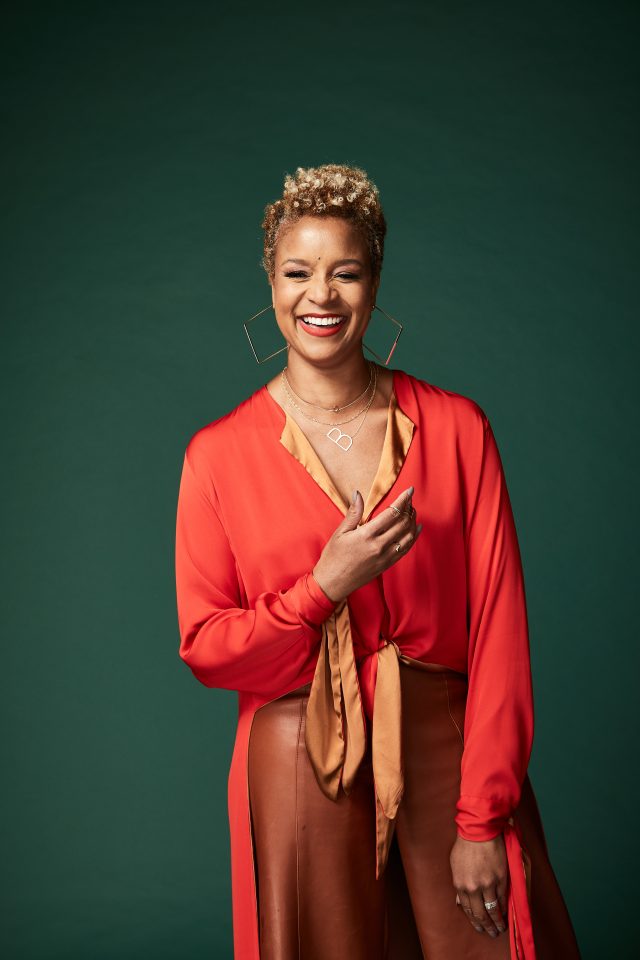 Brandice Daniel is the CEO of Harlem’s Fashion Row, a company she founded in 2007 with the goal of providing a voice and platform for multicultural designers.

Over the past 13 years, the company has forged many successful partnerships with major brands, including Google, Coca-Cola, Essence and Target. Daniel led the historic collaboration between Harlem’s Fashion Row, Nike and NBA superstar LeBron James on the HFR x LBJ 16, James’ first sneaker designed by and for women for Nike. The shoe was a huge success, selling out in less than five minutes.

Rolling out spoke with Daniel about her journey with HFR as a champion for designers of color.

How did you develop Harlem’s Fashion Row as a trusted source for designers?

It took a long time to build trust and it should actually. It took us showing up and being consistent every single year. It also took us making sure that we were producing experiences that were on par with what you could find at New York Fashion Week and really going over and beyond.

People needed to believe that we were really about what we said we were about. That’s been my personal journey of designers really getting to the point where they see and understand the personal sacrifices that I’ve made through the years because I believe in this mission so much.

What have been the biggest challenges and biggest successes?

The biggest challenge is the challenge that most entrepreneurs of color have, which is funding. How do you create a brand that can be on par with brands that have a lot of funding? The way that we’ve done that is by bringing in incredible brand partners. We just partnered with Amazon Music, Diageo, Gap Inc., and we have a yearlong partnership with them. We’ve even partnered with Google for our fashion summit.

Our biggest success, I would say, would be partnering with Nike and LeBron James and bringing three Black females to design his 16th shoe. That was so incredible because I think it opened the designers’ and my eyes to what was possible.

Click continue to see which Black designers Daniel suggests we look out for.