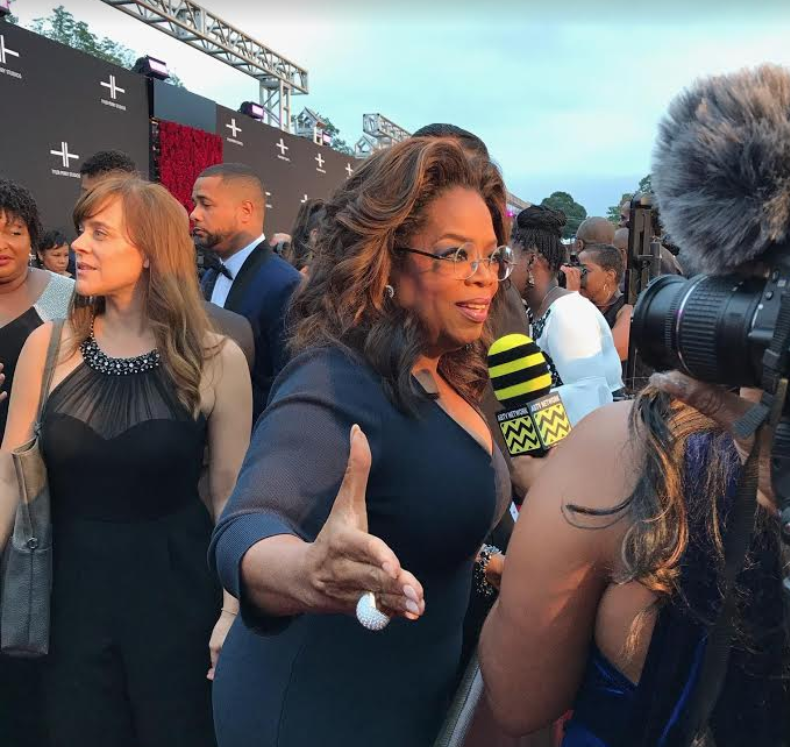 Oftentimes, Twitter resembles a scene at the Roman Colosseum from antiquity. It frequently saves its greatest ovation and roars when the players in the arena meet their doom – or in this case, a fall.

Oprah Winfrey is now the object of mocking laughter after the billionaire baroness lost her equilibrium onstage while ironically pontificating about achieving balance in life.  She lost hers and Twitter quickly went to work theorizing and bloviating about whether it was karma or not that caused her legs to quiver underneath her.

The OWN network founder, 66, was outfitted in a powder white suit onstage on the latest stop of her “2020 Vision: Your Life in Focus” speaking tour on Saturday at The Forum in suburban Los Angeles.

The video was captured by Los Angeles Times en Español, as Winfrey began her soliloquy about wellness and balance.

“Here’s my definition of what wellness means to me. This is my definition, not yours. [It’s] just an idea because you are going to be defining it for yourself,” she told the crowd in Inglewood, Calif. “Wellness to me means all things in balance. And balance doesn’t mean all things are equal or at peace at all times,” she says just as her legs turned into noodles and takes a nosedive onto the stage floor.

Winfrey, who is quick on her feet (in a metaphorical way) and self-deprecating, quickly popped her collar and dusted her shoulders off of the embarrassing episode.

“Wrong shoes!” She said to the shocked crowd as they began laughing. After that, the fall became an afterthought to those at The Forum.

But Black Twitter got into a tizzy over the footage and quickly pounced on the woman who is having a rough beginning to 2020. Some strongly proffered reasons as to what happened. Take a look:

#HarveyWeinstein raped women for decades. He was protected by #Hollywood
while…👇#MichaelJackson was defamed by Hollywood for decades, then forced into a lawsuit that he won. Even after death:think about why #Oprah made up #LiesOfLeavingNeverland Time‘s up 4👉 #hypocrites pic.twitter.com/ph1RWOs5qc

Ok, now it's my turn to play with the tumble heard around the world. Michael Jackson tripped Oprah indeed & karma has been on full display here in 2020 so far 👍 #MJFam https://t.co/wJ89FHbZ4J pic.twitter.com/e5HJj4dU9W

#Oprah falls on stage. Some people are saying it’s karma. What do you think? 😂 pic.twitter.com/xPrYZVM9NT

#Oprah the Ancestors are tired of you! 1st it was “Shout out your Abortion” then it was your refusal to report on your friend #HarveyWeinstein 😂 I’m glad she’s okay. Just a little nudge to remind her… pic.twitter.com/psvac9TEwr

While you're laughing don't forget to LEARN…😐. Welp….. 👀…. Karma…… Caption this👇🏿: When your ankles have no integrity 🤔😏 lol…. #rizzaislam #Oprah #KobeBryant #gigibryant #michaeljackson #MambaForever pic.twitter.com/NsCMRpJVdO

A foreshadow of her falling in her career.