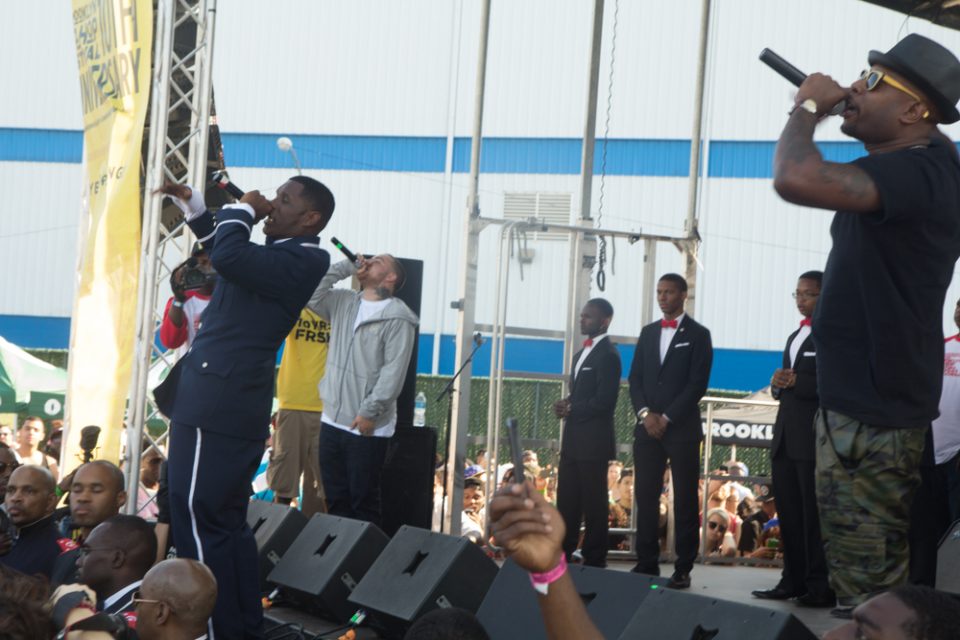 Jay Electronica continues to garner overwhelming praise after releasing his debut album, A Written Testimony. Electronica, a devout member of the Nation of Islam, teams up with Jay-Z for the project, which features numerous lyrics about race and religion.

One lyric, in particular, caused a backlash from Hot 97 radio host Peter Rosenberg. Rosenberg, who is Jewish, took issue with one of Electronica’s lyrics, which he believed to be anti-Semitic.

“And I bet you a Rothschild I get a bang for my dollar/the synagogue of Satan want me to hang by my collar,” Electronic raps.

Rosenberg responded by tweeting, “Not feeling this bar from Jay Electronica and I know I’m not the only person who felt a way about it…As a Jew it puts me in a bad position. I can ignore the fact that I instantly felt a pang of discomfort and offense and basically sell out my culture or I can be accused of being the ‘Jewish media’ hating on this man. But it’s how I felt. The line offended me….It has been so long since hip hop has done that to me. It used to be commonplace for songs to have lines that were iffy and made me feel like ‘damn does this artist hate Jews?’ Not in a minute. So thanks for throwing it back Jay. (sic)”

Electronica responded on Twitter by saying that Rosenberg should take issue with the book in which the lyric originated — the Bible.

“We sat down in an interview before and talked about my stance in these matters, and it’s there for anyone to go pull up,” Electronica said. “If you have a problem with the term synagogue of Satan, don’t take it up with me, take it up with the writers of the New Testament. Don’t play with me, Peter. I ain’t the one. And you know this. I come in peace and I go in peace. Let’s keep it that way.”

and btw, @Rosenbergradio if you REALLY wanna get into it, we are willing to hold a discussion in a PUBLIC FORUM on The Synagogue of Satan and it’s meaning with any Scholars of Theology you would like to bring. until then. STFU

I am not the only good, supportive, hip hop loving person who was taken aback by some of these bars…happy to discuss it any time ..