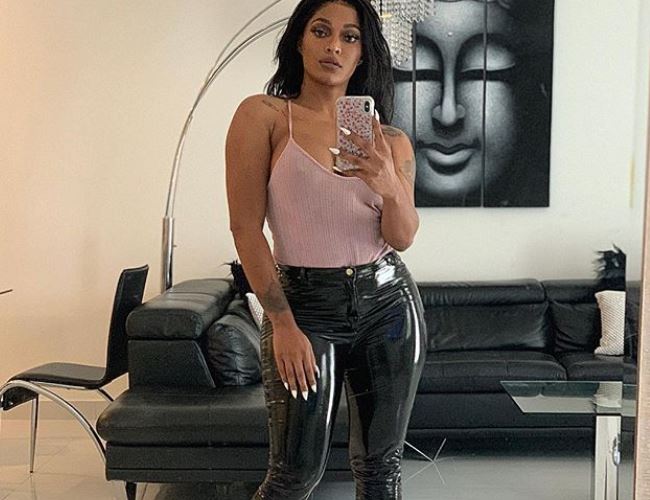 Joseline Hernandez has never been a very sympathetic figure and often played the antagonist in her own storyline during her firework-producing tenure on “Love & Hip Hop: Atlanta.”

Hernandez, 33, may produce some strong emotions in this preview clip from “Marriage Bootcamp: Hip Hop Edition” where she learns that she lost custody of her daughter, Bonnie, 3, to former boyfriend Stevie J.

The native of Ponce, Puerto Rico, told her boyfriend on  “Marriage Bootcamp” about the decision of the family court judge to side with Stevie J., as she breaks down in tears.

“I feel like my life is just falling apart,” the reality star explains as her body slumps and the tears roll down her face.

“It’s being told to me that I have to let my daughter go with her father because my baby daddy is trying to take custody so I feel like my life is just falling apart,” Joseline says during her confessional.

“They gave him custody,” she tells Ballistic as her voice quivers. “I don’t know what to do!”

In another clip of “Marriage Bootcamp,” we can hear Hernandez trying to talk between sobs to the show’s psychologist who is only known as Dr. Ish.

“That’s my baby. I don’t know what to do,” Hernandez said.

“There is no judge on this planet who wants to take a kid away from a mom who is fit,” Dr. Ish tries to comfort Hernandez. “You are not an unfit mother.”

“It’s beyond a hard situation and makes you feel like you’re not doing you’re job as mom, doesn’t it?”

Click here to watch the preview of the upcoming episode.