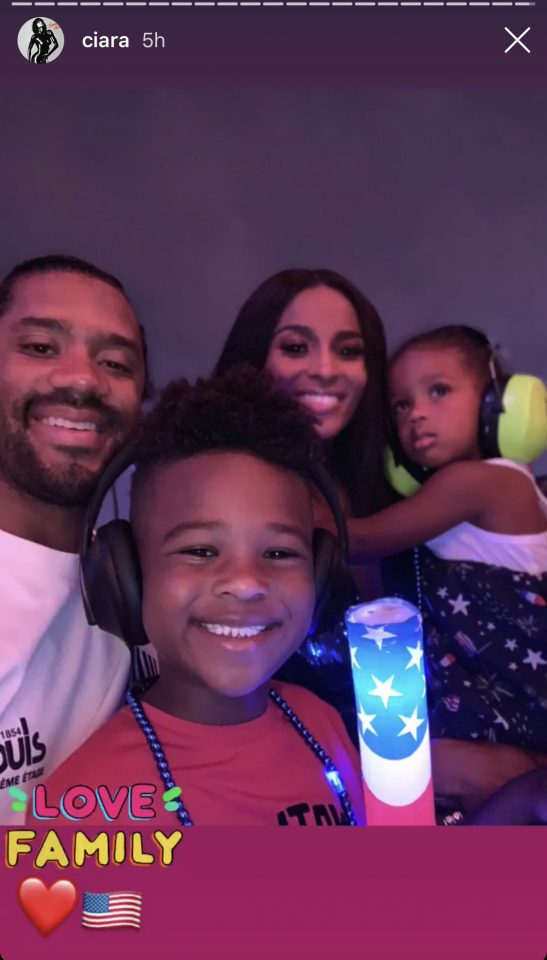 Russell Wilson and Ciara are irrefutably one of the most popular power couples in the sports and entertainment realms.

Both have articulated that they believe it was the power of prayer that brought them together. Interestingly enough, however, Wilson explains that while his wife is often asked what she prayed to land the man of her dreams, few people ask Wilson what he prayed to land his perfect soulmate.

Wilson and Ciara are parents to Sienna Princess and have custody of Future Zaire Wilburn, whom Ciara had with rapper Future.

During an Instagram Live session with TV personality La La Anthony, 38, who is the wife of NBA star Carmelo Anthony, Wilson and Ciara explained how their prayers manifested in their dream pairings.

“The point is that I prayed many nights,” Ciara, 34, said. “The thing is like, people always say ‘the prayer.’ It’s not just one prayer, it’s multiple prayers, especially when you’re going through a big transition in life. I was single mom-ing it. That was something I never envisioned, never imagined. And at that point, when you’re in a time like that in your life  you have to think about exactly where you are and where you want to go.”

The Seattle Seahawks Super Bowl-winning quarterback, 31, said he had to figure out specifically what he wanted in a woman. His statement brought tears to Ciara’s eyes.

“I didn’t want perfection,” he said. “I wanted the perfect thing for me.”

Flip the page to watch the interview and hear Wilson break down each quality he said he gets with Ciara — “and then some.”