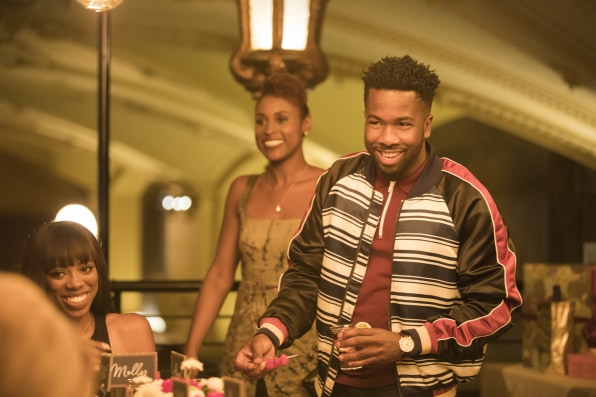 On Sunday, April 12, 2020, HBO will kick off the fourth season of “Insecure.” The hit show delves into the complexities of life, love and relationships for young adults.

What is your process for getting prepared to portray a character?

First, I always look at what the character wants and how they got to where they are before this moment in time because that is what’s going to inform how he’s going to move or how he’s going to change or evolve as an individual. With Ahmal, I wanted to figure out who he was and how he’s got to be who he is today. I started asking friends about their experience of being gay men.

One person was a White guy who told me his experience and how he moved through life. Then another was a Black man who told me his experiences as he moved through life. I used that as an outline for how I was going to approach the character Ahmal, and then I went in and focused on the type of people he looked up to, such as James Baldwin and activist Bayard Rustin. I use that to build on his energy, his appearance and how he carries himself throughout the show.

What are some story lines that we can expect from your character this season?