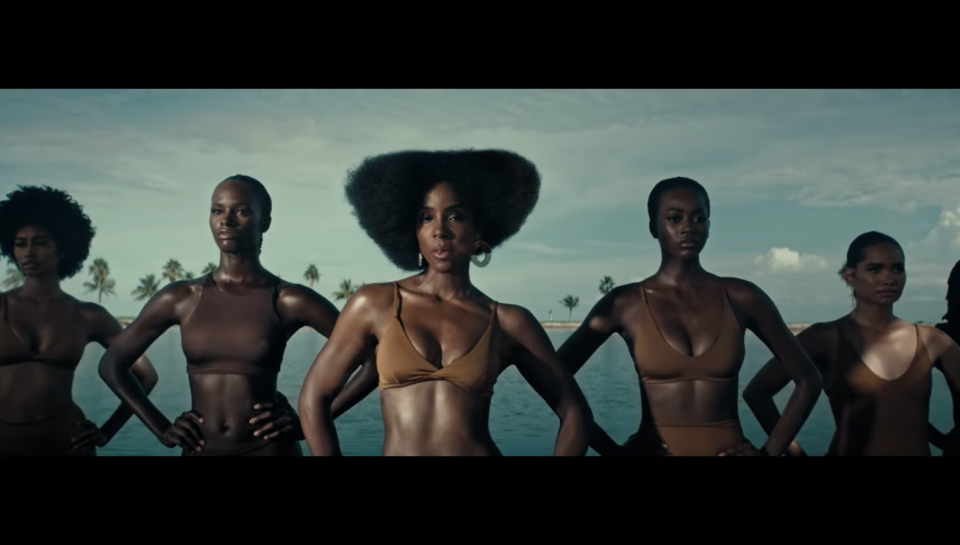 Grab your mugs because Kelly Rowland is pouring some hot “Coffee,” and you don’t want to miss it.

The former Destiny’s Child star, who hasn’t released any music since her 2013 album Talk a Good Game, marked her return with the release of “Coffee,” her sexy new single and music video.

The 39-year-old singer made several statements in the video but none was clearer than Rowland’s expression of her sexuality as she flaunted her impressive figure.

Rowland opens the song with: “Coffee and sex in the morning / Breakfast in bed got me moanin’ / Before you go to work / I need you to go to work,” before sharing her freaky plans. “I know we just woke up / I know you gotta go but / Breakfast isn’t over / I see the way you rose up.”

The video imagery features Rowland and her perfect beach body abs in sheer outfits and sexy swimsuits on a tropical Miami landscape, riding horseback and moving her hips to the music.

She also used the video to showcase the magic of melanin as she stood in formation with a group of beautiful Black models wearing bikinis in shades ranging from nude to chocolate.