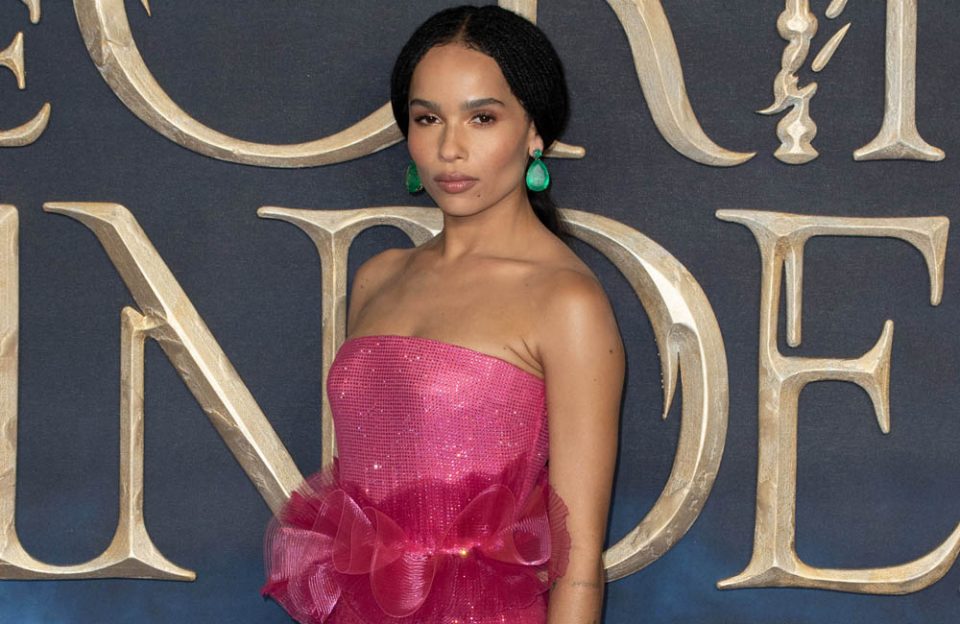 Zoe Kravitz has been training hard during lockdown in preparation for her role as Catwoman in The Batman.

The “Big Little Lies” star is playing the role of Gotham City burglar Selina Kyle in Matt Reeves’s upcoming take on the DC Comics superhero, which stars Robert Pattinson as The Dark Knight.

Production on the movie is currently suspended due to the coronavirus crisis, but Kravitz has been keeping in top shape to make sure she is prepared when filming resumes.

One added benefit of her rigorous exercise regime is that the workouts have been beneficial for her mental health.

When asked if she had been exercising in quarantine, she told Vanity Fair’s “Little Gold Men” podcast: “Yeah. So, I mean, it’s not like the studio called and said, ‘Don’t get fat, b—-!’ But I had been training now for maybe four or five months, and the first couple weeks that I self-quarantined, I remember texting the director, I texted Matt and I was like, ‘We might have to make the catsuit a few sizes bigger when this is over.’

“So I quickly decided to get my s— together, and I’ve been working out virtually with my trainer David Higgins five days a week. And it’s actually been really great because it’s been giving me some kind of structure because I do it at the same time and it also makes the weekends feel like a weekend because I don’t work out on the weekends and it gives me just, oh, it’s a different kind of day. So, it’s actually been really great just for my mental health.”