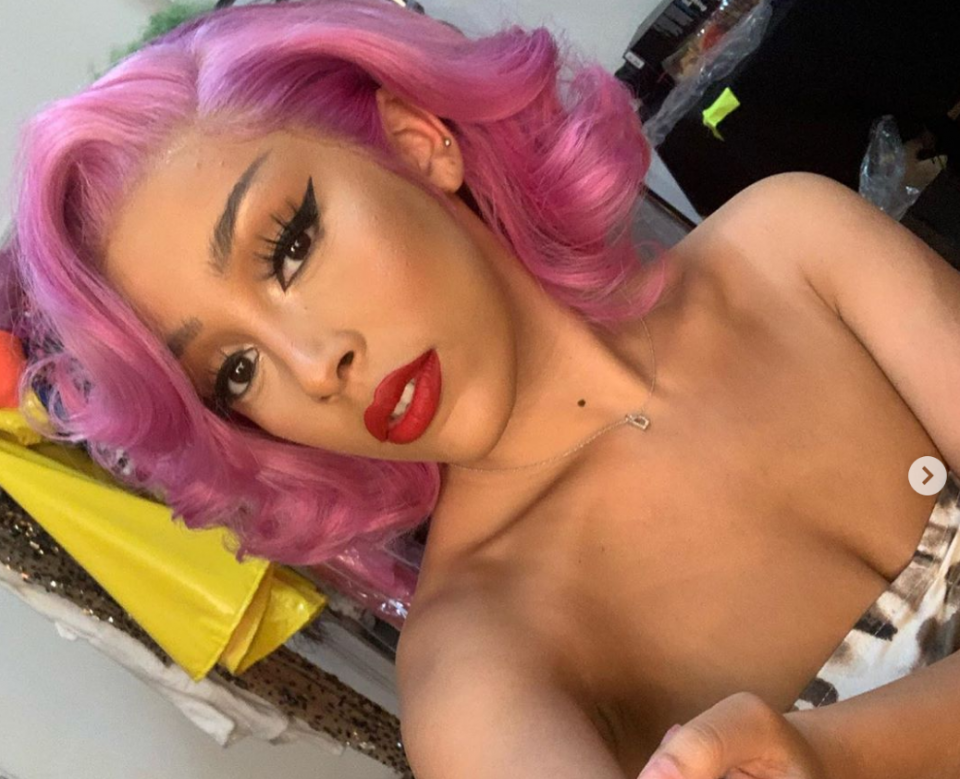 Doja Cat is not creating that fire these days, but she is under fire for allegedly being involved in racist online chat rooms that routinely spew anti-Black rhetoric.

The 24-year-old rapper and singer is also causing drama for a song she wrote, “Dindu Nuffin,” a term meaning “didn’t do nothing” that White supremacists routinely have used to mock Black male victims of police brutality.

Hollywood Unlocked uncovered footage of what appears to be Doja Cat comfortably interacting with alt-right groups and those who have hurled invectives at minorities and immigrants.

SAY IT AINT SO! Hold up! 🤚🏼After coming under fire for using homophobic slurs, #DojaCat is trending AGAIN! 🤦🏻‍♀️ This time over video chats which resurfaced online showing her engaging in racists calls. #Doja we need answers 😡👇🏼

Doja Cat’s alleged recent and past pronouncements inspired the hashtags #DojaIsOver and #OnlyKlans on Twitter.

Real life footage of Doja Kkkat getting dragged for having an OnlyKlans and all that racist stuff she did:pic.twitter.com/HUIjGcDN1y

lmao OnlyKlans. She was doing Zooms with school shooters and white supremacists in the middle of a pandemic.

Addressing the allegations, Doja Cat posted her response on social media. “I want to address what’s been happening on Twitter,” she began. “I’ve used public chat rooms to socialize since I was a child. I shouldn’t have been on some of those chat room sites, but I personally have never been involved in any racist conversations. I’m sorry to anyone I offended. (sic)’

Doja Cat, who recently celebrated a No. 1 Billboard song, “Say So,” with Nicki Minaj, said she is proud of her heritage. “I’m a black woman. Half of my family is black from South Africa and I’m very proud of where I come from (sic),” she wrote.

As for the “Dindu Nuffin” song, whose slang term racists love to use to make fun of Blacks, Doja Cat said: “As for the old song that’s resurfaced, it wasn’t no way tied to anything outside of my own personal experience. It was written in response to people who often use that term to hurt me. (sic)”

What do you make of Doja Cat’s explanation for being on alt-right sites?