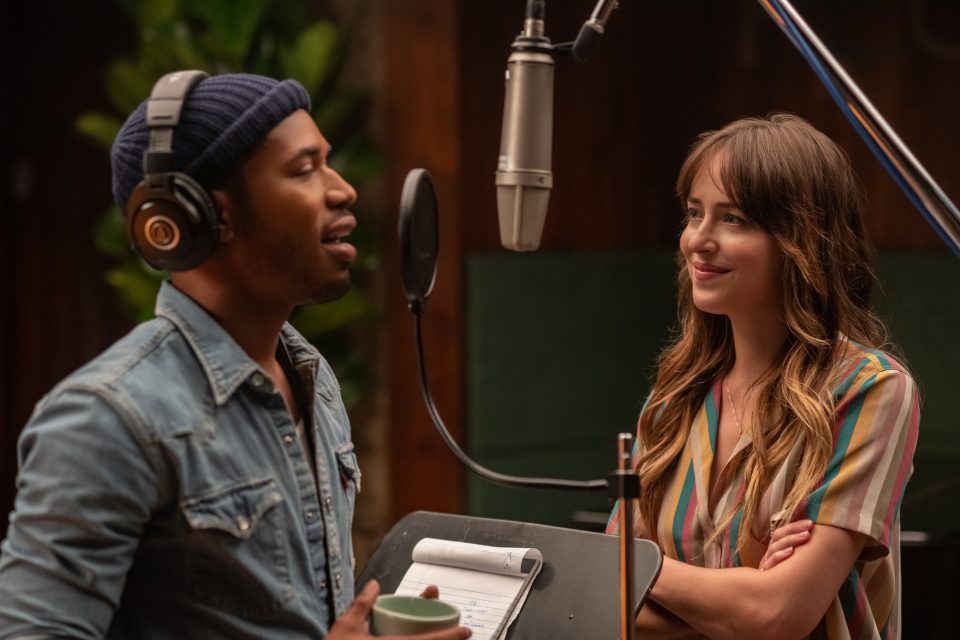 Rising actor Kelvin Harrison Jr. is making a name for himself in Hollywood. Harrison, who recently starred in Stella Meghie’s The Photograph, is now featured in Focus Features’ new musical comedy, The High Note. In the film that follows the life of singer Grace Davis (Tracee Ellis Ross) as she tries to figure out her next career move, he stars alongside Dakota Johnson and Ice Cube. We spoke with Harrison about his role and getting to show off not only his acting skills, but also his vocals in the movie.

Tell us a little about your character David Cliff in The High Note.

David represents all of us — whoever falls into this category of people who feel like you have a gift or something that you would like to share, but you’re a bit nervous. You’ve been nervous that what you have to offer isn’t enough. You haven’t quite figured it out yet, so you need to keep working on it. My dad, you know he’s a musician. He’s like, go on your cloud, go in your room and shed for a couple of hours, but eventually, you’re going to have to share that gift with people. You’re going to have to level up at a certain point. David is at that point where he needs to level up and he needs the extra push.

How was it working with Tracee Ellis and Ice Cube on the set of this film?

It felt surreal. It felt like I was dreaming a lot of the time. I’ve worked with a lot of my idols at this point and I think for some reason this one felt extra special. I think it’s because I was on a stage there were great costumes, and there were live audience moments. They were so kind. And people say you never want to meet your idols, and in this case, it was just not true. They were the most lovely, patient people that I could have ever imagined them to be and I’m really grateful for that.

How did being from New Orleans and a musical family influence your role in this movie?

I think my dad taught me so much about work ethic and about how to listen and how to sing through music. For so many years, I kind of put that that wisdom in the box. I was like, I’m not gonna do it, I’m rebellious I’m gonna do it my way, and I’m going to be an actor. It was really beautiful to be able to reopen that box and allow those gifts that I’ve been given from my childhood from my parents who I respect so much and finally put them to use.

The High Note will be released on Friday, May 29, 2020. You can watch the full trailer after the jump.