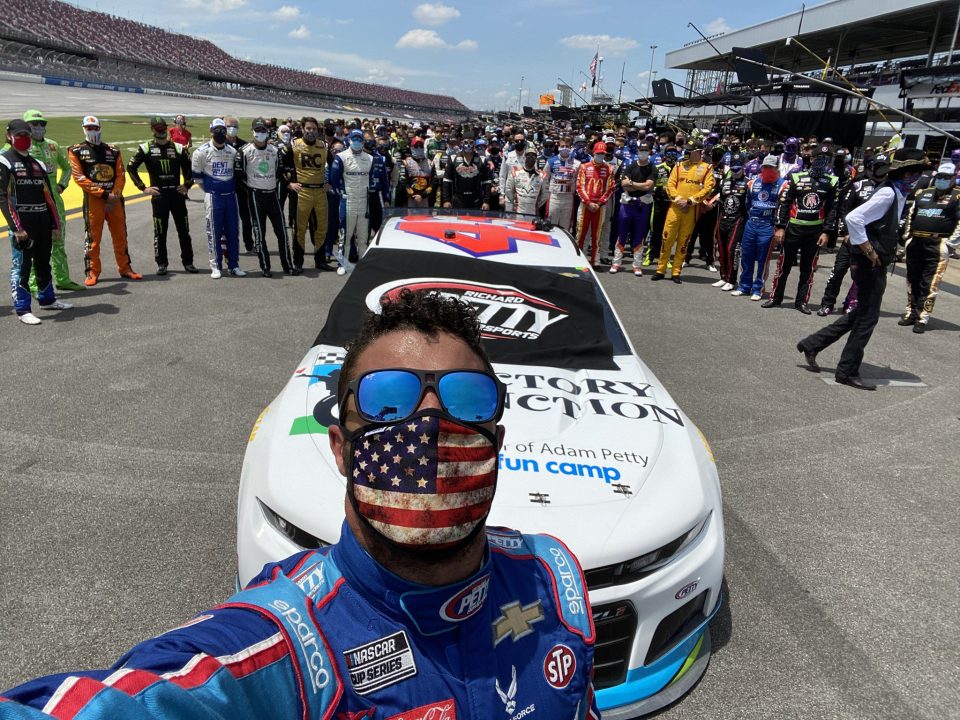 Bubba Wallace faced backlash after the FBI concluded that a hate crime did not occur at Talladega Superspeedway in Talladega, Alabama on June 21, 2020.

Weeks after Wallace, NASCAR’s only Black driver, made a profound statement about the Confederate flag, a rope fashioned into a noose was found in his garage. However, the FBI investigated the scene and came to the conclusion that the rope had been there for months and likely was used to close the garage door.

Some Whites attacked Wallace on social media and claimed that he divided the sport by saying that he was a victim of a hate crime. “You’re more likely to be targeted for a hate crime for wearing a MAGA hat as a regular American than you are as a multimillionaire, black celebrity like Bubba Wallace or Jussie Smollett,” Charlie Kirk tweeted.

But to compare Wallace to Smollett proved to be a flawed idea because a noose really was discovered in Wallace’s garage.

On Thursday, June 25, NASCAR tweeted a photo of the rope found in Wallace’s garage, and it’s undeniably a noose. The only issue is that no one could determine when it was placed in that garage.

The photo caused many to retract their statements about Wallace using the incident as a ploy.

“As a Sailor who knows knots, and there different uses, it seems highly unlikely that a “noose knot” would be used on a garage pull-down rope. NASCAR was correct in backing up Bubba Wallace and I apologize for believing the push back claiming Bubba was part of a hoax,” @TheKytonen tweeted.

In a statement, NASCAR President Steve Phelps said the organization conducted a sweep of every garage in all 29 tracks where races take place — a total of 1,684 garage stalls.

“We found only 11 total that had a pull-down rope tied in a knot, and only one noose — the one discovered on Sunday in Bubba Wallace’s garage,” Phelps said. “NASCAR determined that the noose wasn’t in the garage prior to the October 2019 race weekend, but there’s isn’t certainty who tied this rope in this manner, or why it was done…Our ultimate conclusion for this investigation is to ensure that this never happens again — that no one walks by a noose without recognizing the potential damage it can do.”

Phelps also said that he takes “full responsibility” for the investigation and believed that Wallace had been threatened. “To suggest Bubba Wallace was in any way involved is offensive,” he concluded.

View image of the noose found in Wallace’s garage after the jump.