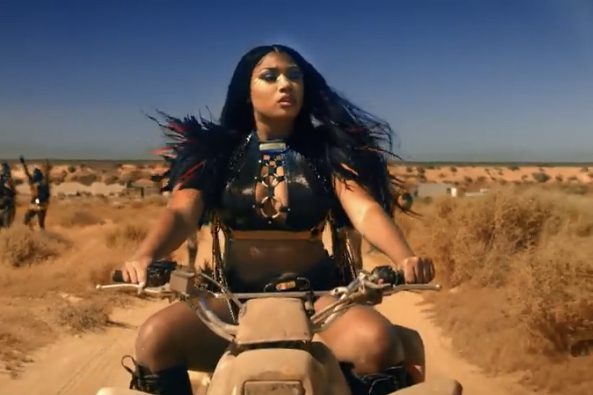 Due to the COVID-19 pandemic, BET was forced to adjust to keep the legacy of the awards weekend alive. With BET celebrating its 40th anniversary this year, the moment was too important for America’s first Black-owned cable station to reschedule. So, with the tagline “Can’t cancel culture,” performances by Megan Thee Stallion and Roddy Ricch, and Amanda Seales serving as host, the BET Awards held a virtual 2020 ceremony.

Here are the five most powerful moments.

Public Enemy’s “Fight The Power” became hip-hop’s de facto protest song after it was released in 1989 as a song on Spike Lee’s Do The Right Thing soundtrack. With protests taking place around the world following the death of George Floyd, Public Enemy opened the 2020 BET Awards with an updated version of the song with help from Nas, The Roots, Rapsody, and Y.G.

Flip the page for the next powerful moment.