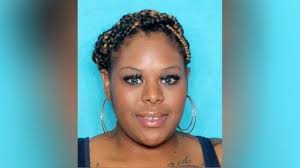 A couple’s spat turned violent after a man refused to argue with his mate. The incident occurred in Shreveport, Louisiana, according to the Shreveport Times.

Jenalisha Lawrence, 29, reportedly confronted her 34-year-old boyfriend, who has yet to be identified. When Lawrence’s boyfriend refused to argue, she allegedly pulled out a gun and shot him. Lawrence fled the scene in a Honda Accord.

Law enforcement continues to search for Lawrence, who is facing a charge of attempted second-degree murder. Authorities believe she fled to Dallas, which is where she is originally from.

The incident sheds light on men who are victims of domestic violence. According to the National Coalition Against Domestic Violence, about 1 in 9 men experience severe intimate partner physical violence with over 830,000 men affected each year. However, the numbers could be higher because men are less likely to report abuse by a partner due to fear of being stigmatized for what some may view as being less than masculine.

While Lawrence continues to evade the police, her boyfriend is currently in critical condition at Ochsner LSU Hospital.