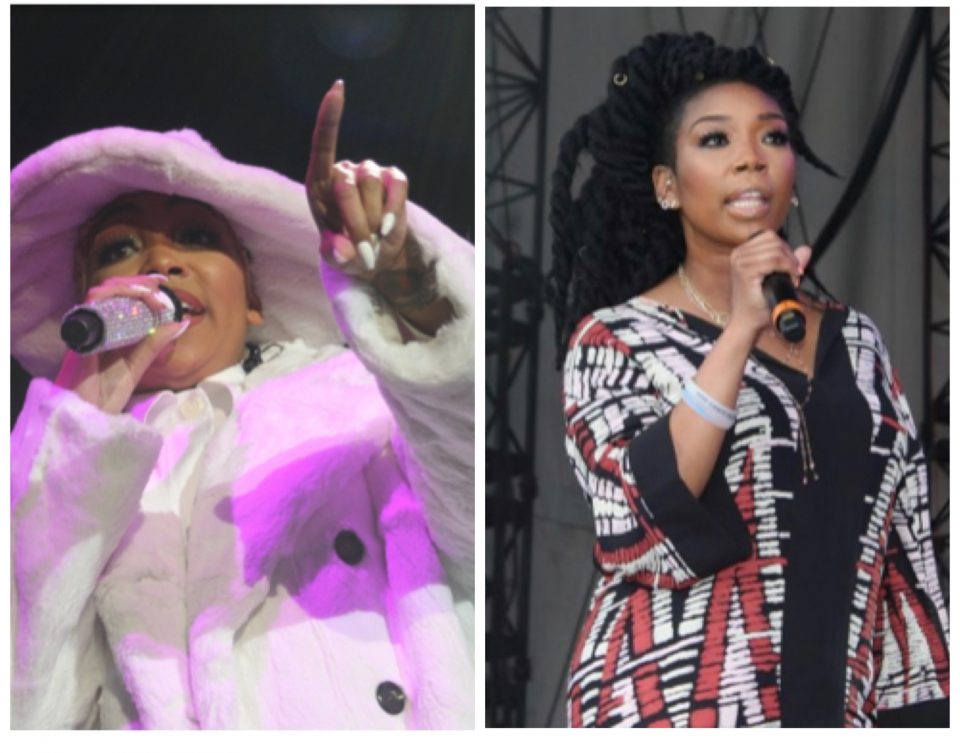 On Monday night, Aug. 31, 2020, the Veruzuz battle between Brandy and Monica that fans had been yearning for went down.

The showdown between the two R&B icons, which was hosted live at Tyler Perry Studios, broke records, drawing 1.2 million-plus viewers across platforms.

The singers went hit for hit with their biggest songs — including Brandy’s “Almost Doesn’t Count” and “I Wanna Be Down,” and Monica’s “So Gone” and “Angel of Mine” — until they ended the show with their highly anticipated duet, “The Boy Is Mine.”

With a guest appearance by vice presidential candidate Kamala Harris, a tribute to Chadwick Boseman and the ’90s music that always bumps, it was a cultural moment.

There was much debate on social media among die-hard fans of both artists about who emerged as the winner of the three-hour battle.

One thing that is certain: Black Twitter was on fire with the memes, some offering praises and others jokes, all night long.  They ran the gamut, covering everything from the awkward moments, to the musical celebration, to the singers’ fashion choices.

Check out our choice of the 10 best memes from the evening below.

#brandy and #Monica #versus got me in this room like…. pic.twitter.com/dezO7fSYQd

Monica and Brandy 😍 the nostalgia, the joy, the pure unadulterated BLACK GIRL FREAKING MAGIC! Lemme go write these new songs! I’m inspired! #Verzuz this is how music should make you feel!

How Many Songs Did Brandy & Monica Play For #Verzuz Tonight In 3 Hours? pic.twitter.com/LS46G3oph9

Every Black woman did this at least once tonight 😂😂😂 #Verzuz #BrandyVsMonica pic.twitter.com/ngBYznAo7p

#Brandy writing her poems before the Verzuz pic.twitter.com/t7sePrPedg

So I waited 3 HOURS for The Boy is Mine just for Monica to act like she didn’t know the words!?? #BrandyandMonica #Verzuz pic.twitter.com/CVhzeLzlc0