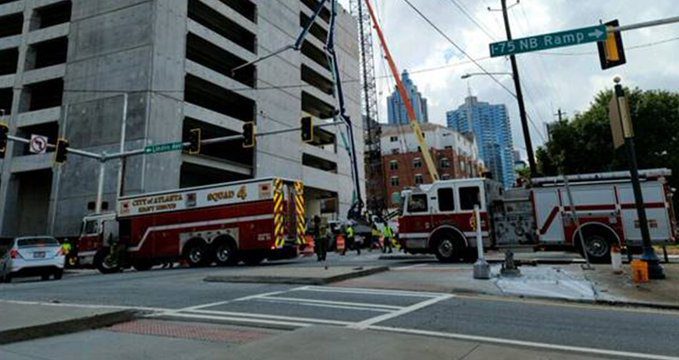 According to WSB, a parking deck that was partially under construction collapsed and ultimately fell from the 11th floor to the 10th.

Atlanta Fire answered the call, rescuing one injured worker from the rubble. They reportedly removed him from under the debris, placed him onto a backboard, then lowered him to the ground on a crane.

Atlanta Fire Rescue Deputy Chief Glen Riley indicated the worker suffered mostly leg injuries and their efforts only took a matter of ten minutes. Four other workers involved in the incident were able to walk away from the scene, while one firefighter was taken to the hospital, as he reportedly suffered apparent heatstroke.

The story is still developing and firefighters are working diligently to determine the cause of the collapse, while engineers are actively doing their part to stabilize the broken structure.