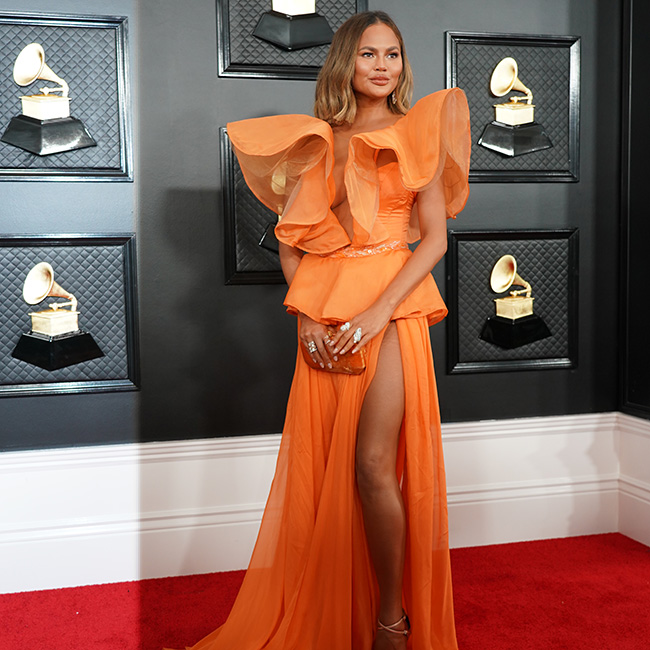 Expectant mother Chrissy Teigen has accidentally revealed the gender of her unborn child.

The “Sports Illustrated” model — who already has Luna, 4, and Miles, 2, with her husband John Legend — confirmed she is expecting a baby boy as she gave her fans an update on her pregnancy health.

Taking to her Instagram story, she said: “My placenta sucks. It’s always been kind of the bad part of my pregnancies, with Luna, with Miles, it just stopped him, it stopped taking care of him … I was getting huge, but he wasn’t getting big at all. The baby is really, really healthy. He’s big — oops. Hahahaha might as well tell you … I’m stupid. anyway. So it’s growing beautifully. I’m feeling really good but my placenta’s really, really weak, and it’s causing me to really bleed a lot. So, basically, it’s just pretty high risk and it’s just— this poor thing has been through so much already. We just have to get my placenta healthy again, and that means not moving. So I’m complete and total — don’t get out, except to pee-pee — bed rest. It’s such a bummer because I had to cancel so much work, and I was so excited to talk to so many different people and do these events because it would start to feel like normal life again. The timing is just s—, I apologize, but I have to make baby OK, so there you go. Thank you for all your well-wishes.”

explaining what’s going on with my poopy placenta on my stories if you’re interested. Apologies for all the missed commitments in the next few weeks. 💙

Legend and Teigen have been open about their fertility struggles in the past, and after welcoming both their current children via IVF, he was shocked when she managed to get pregnant “the old-fashioned way.”

He said: “We just didn’t think we could have a baby the old-fashioned way, honestly. I believed that there would be a quarantine baby boom, with all these couples spending more time together. And I would joke about it, but I figured it wouldn’t happen to us because we’ve had fertility struggles. And now it happened to us, too.”