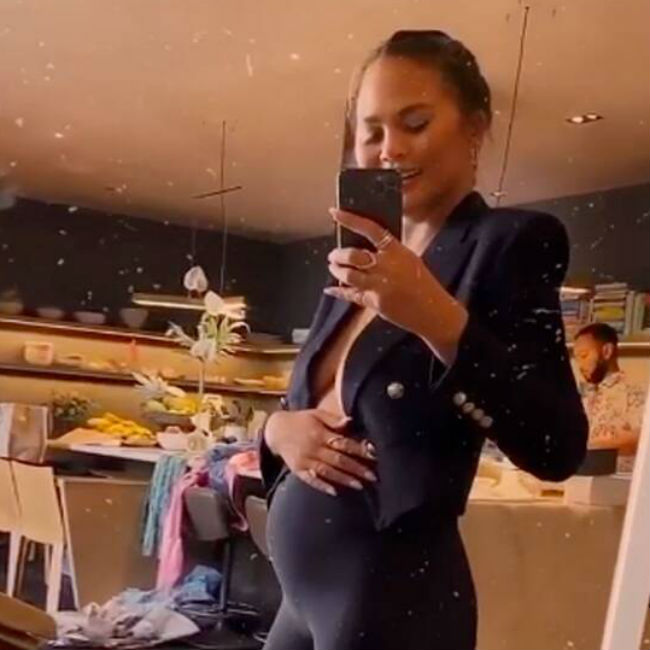 The “Lip Sync Battle” star has confirmed she and husband John Legend — who are already parents to Luna, 4, and 2-year-old Miles — are expecting their third child together after the music video for her spouse’s new single, “Wild,” sparked speculation she was carrying another baby.

The video featured both the couple’s children and ended with a shot of Teigen holding onto her stomach while being embraced by her husband.

Introducing the video on YouTube, 41-year-old Legend said the music videos his wife has appeared in have been “chronicling [their] family’s growth.”

He said: “We have ‘All of Me’, the marriage, no kids yet. ‘Love Me Now’ with Luna and this one with Miles.

“It’s been chronicling our family’s growth and our journey and we’re so happy that this video is the next chapter.”

She shared a photo of herself in leggings to show off her growing bump and wrote: “Look at this third baby s—. Oh my god.”

Both Luna and Miles were conceived via IVF treatment, and the 31-year-old model admitted while pregnant with her second child that she was keen to use the process again in the future.

She said: “For me, I just want to gather as many [embryos] as possible. I don’t want to do this again for the rest of my life.

“So it’d be nice to get a great batch of beautiful, perfect embryos and keep trying so we did it again.”

And Legend has spoken about how his relationship with Teigen — who suffered postpartum depression following Luna’s birth — has grown “stronger” since they had children.

He said: “[Parenthood] deepens your love for your partner because you see them in a different light going through, in our case, the trouble of actually having a kid.

“Then Chrissy’s going through postpartum depression. You just see different sides of that person, and if you go through it and you learn from it and you come out the other end better for it, then it deepens and strengthens your relationship.”