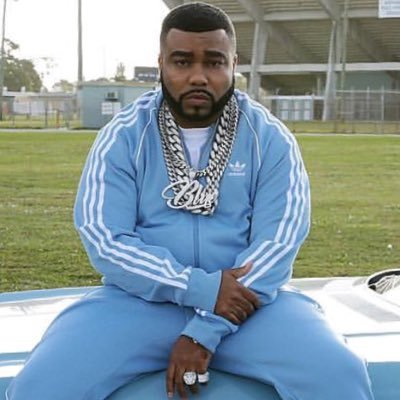 Pretty Ricky band member Diamond Blue Smith is the latest to be arrested for allegedly using business loans from the federal government and using it for personal purchases.

The U.S. Department of Justice says Smith, 36, who is a star on the reality show “Love and Hip Hop: Miami,” was reportedly arrested by FBI agents in his Miami hometown on Wednesday, Oct. 7, 2020. The Bureau states he and a Pennsylvania man took part in a $24 million scheme to defraud the federally-backed Paycheck Protection Program, better known as PPP loans.

Smith, also known as “Baby Blue,” allegedly pocketed more than $1 million personally. The FBI says Smith used the money that is designed to help struggling businesses during the pandemic and instead purchased lavish items, including a $96,000 Ferrari, the Tampa Bay Times reports.

According to a press release by the Justice Department that was obtained by the Tampa Bay Times, Smith deliberately falsified documents to obtain a Small Business Administration (SBA) loan through his company, Throwbackjersey.com. A South Florida bank approved the $427,000 PPP loan that was guaranteed by the SBA. The government also accuses Smith of securing another loan for nearly double the amount, this time through Blue Star Records LLC, in the amount of $708,000.

The U.S. Attorneys Office says Smith and Johnson are the latest of 13 people who have been arrested as part of a larger national corruption ring. They allegedly helped others file false documents to obtain PPP loans while taking kickbacks.