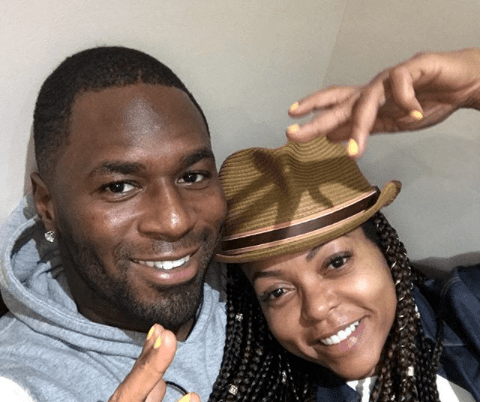 Taraji P. Henson has announced that she and the man she was engaged to for two years have broken up.

Henson, 50, the anchor of the hit series “Empire,” paid a quarantine visit to the “The Breakfast Club” radio show on Monday morning, Oct. 19, 2020, where she made the declaration that she broke up with former NFL star Kelvin Hayden.

“I haven’t said it yet, but it didn’t work out,” Henson told Charlamagne Tha God. “I tried. I was like, ‘Let’s do the therapy thing,’ but if you’re both not on the same page with that, then you feel like you’re taking it on yourself, and that’s not a fair position for anybody to play in a relationship.”

The Think Like a Man and Acrimony star told Charlamagne that she suggested relationship counseling to help reconcile their fractured bond. But, in the end, Henson said one person is not responsible for another person’s happiness.

“My happiness is not his responsibility, and his is not mine. We have to first learn how to make ourselves happy to make each other happy. So, when one person is taking on the weight of the entire relationship, it’s never going to work,” Henson said, referring to the man she was engaged to since May 2018.

The couple had to delay their wedding due to the onset of the global health crisis where certain things about their lives could not be reconciled.

Listen to Henson’s revelation below on “The Breakfast Club.”