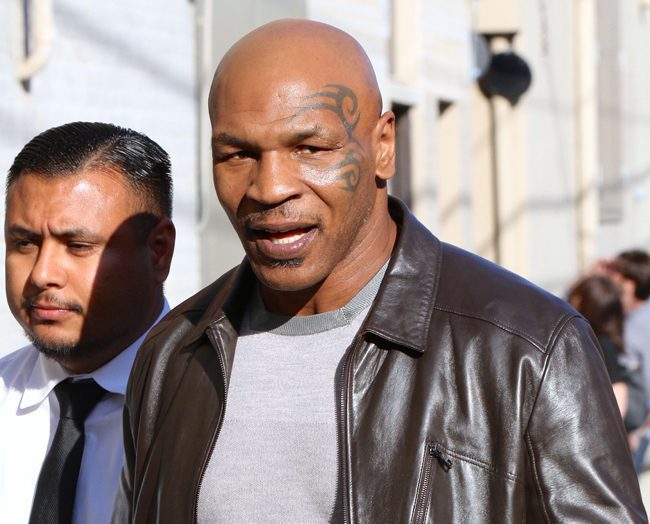 Boosie wasn’t so “bad” during the taping of a podcast with the person who was once known as “the baddest man on the planet.” Mike Tyson recently released the latest episode of his podcast, “Hotboxin’ With Mike Tyson.”

Boosie served as the guest and Tyson used the episode to give the outspoken rapper lessons on respect and dealing with inner turmoil. Tyson never pulled any punches during his days as a boxer and made it a point to go directly at Boosie for questioning Dwyane Wade over how he’s raising his transgender child.

Boosie responded by saying that he is “as straight as an arrow.”

Tyson said that he is not calling Boosie gay, but asked him, “If you’re straight then why do you offend people?”

Boosie told Tyson why he was “offended” by how Wade decided to raise the child. “I really commented on the Dwyane Wade situation because I got offended because it’s a child,” Boosie said. “That’s really why I got offended. But who the f— am I to say anything?”

Tyson also gave Boosie advice on being reckless when it comes to relationships and materialism. Overall, Tyson gave Boosie strong guidance that he will likely never forget.