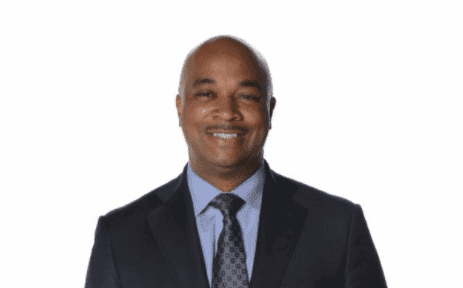 “Now I plead with you, brethren, by the name of our Lord Jesus Christ, that you all speak the same thing, and that there be no divisions among you, but that you be perfectly joined together in the same mind and in the same judgment.” – Corinthians 1:10-18

This letter comes as a humble and urgent plea for unity, for the benefit of the 5th District. As you are well aware, an economic and humanitarian crisis unlike any other in modern times has plagued our country. Now more than ever, all people of goodwill and compassion need to band together to address the dire situation we are faced with.

I write to offer you an opportunity to avoid two more months of an expensive, distracting, and unnecessary campaign – one that will only leave us with no vote, no voice, and missed opportunities for economic development and constituent services. Now is the time to actualize the spirit of “Good Trouble” and put the people over politics. The pendulum of outcomes from having a Congressman now or not, swings from exponentially good to exponentially bad, if our district continues without representation.

A December runoff election will cost 5th District taxpayers approximately $1.5 million dollars. We will also have to forgo utilizing the unfilled staff positions and approximately $500,000 of the remaining office budget that could be used for the benefit of District 5 constituents.

Furthermore, over 1,000 people across the district will have to work the polling locations for three weeks of early voting and on election day. As a survivor of COVID-19, I have grave concerns about the health and safety of the poll workers and voters taking yet another risk to fulfill their civic duty in a runoff.

We should end this election now, pool our resources, and redirect our collective efforts to ensure that our brother Rev. Warnock is elected to the U.S. Senate. Equally as important, is the need to have a sitting Congressman representing the 5th District now for the critical votes pending: John Lewis Voting Rights Act, George Floyd Justice Reform Act, MORE Act, SAFE Banking and the National Budget. This urgency is especially critical since Speaker Nancy Pelosi has issued a 48-hour standby notice for members of Congress to be prepared to vote on the $1.8 Trillion Cares Act. Time is of the essence and its imperative that we fill the seat immediately.

I led the vote count in the general election and you came in second. In normal times, continuing to campaign would be the natural course of action, but we are in anything but normal times. Right now, you and I have a unique opportunity and a moral obligation to prioritize the needs of the people in the 5th Congressional District above the politics that could adversely affect them. I have already shared a legal brief from Dentons Law Firm with your campaign consultant Kevin Ross that specifies the very simple way we can avoid the December runoff election and have immediate representation in Congress.

Three of the other special election candidates; Able Mable Thomas, Keisha Waites, Steven Muhammad have submitted their affidavits to withdraw from the runoff in support of me being certified as the Congressman. They are as committed as I am to providing leadership and service in the district as soon as possible. At this point, the only requirement to end the race and allow our district to be represented, is for you to issue a notarized affidavit of withdrawal to the Georgia Secretary of State. The two remaining candidates (Barrington Martin, Chase Oliver) are likely to be committed to withdrawing if you choose to. I assure you that your concerns and those of your supporters will be heard, incorporated into the agenda of the District 5 office, and well represented. On behalf of the people in the 5th District, I am pleading with you to withdraw now in order to unify us immediately, and I invite you to collaborate with me as much as you prefer over the next two months.

This plea is rooted in my sincere respect and appreciation for you and your willingness to serve. We are at the helm of a hallmark moment in history. Together, we can provide a win for the people of the 5th District. The precedent set by all seven special election candidates working in unison for the greater good is beyond magnanimous. Our unity will inspire and energize the 5th district more than anything else ever could. Moreover, I’m convinced that our late hero, John Lewis, would applaud us for choosing to honor his legacy with unity rather than division. We are stronger together! Let’s deliver this win for the 5th District together.

Your brother in service,