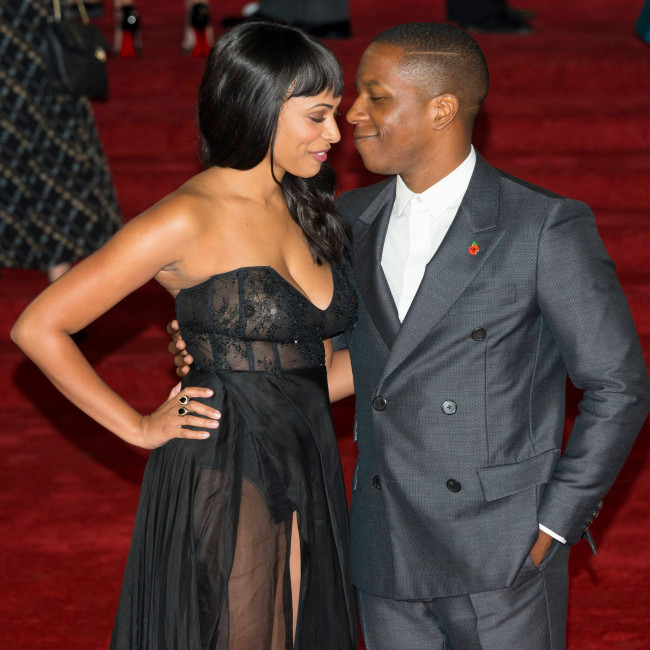 Leslie Odom Jr. and his wife Nicolette Robinson are expecting their second child together.

The Hamilton star, 39, and the former “The Affair” star, 32, took to Instagram to share a pregnancy announcement photo shoot they did with their 3-year-old daughter Lucille, who sweetly cradled her mom’s bump with her parents.

And the couple revealed their joy at finding out they are having a baby boy.

“Baby boy and mama are doing swell. Praying for him and all the little ones on the way! The new class!! …We’ll make it right for you.” 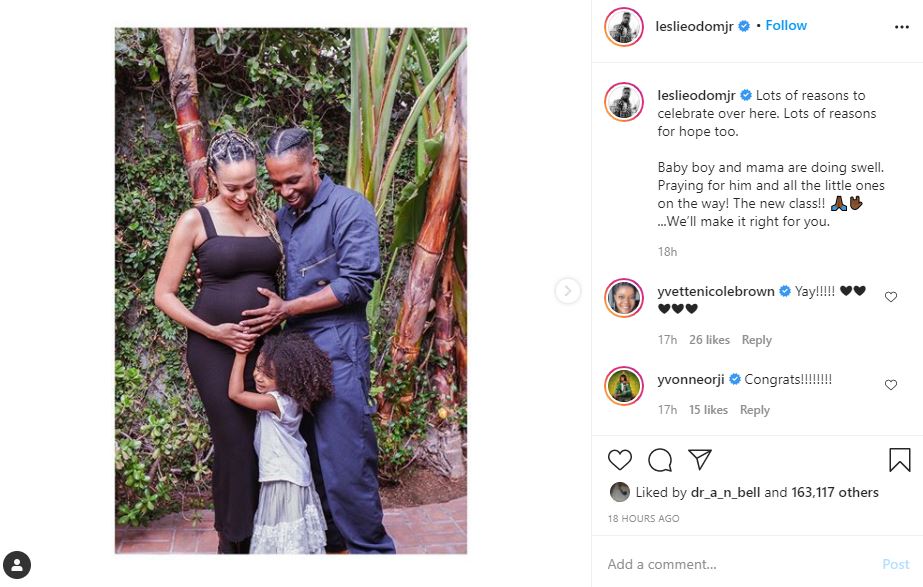 One Night In Miami star Robinson wrote in her own post: “Sweet baby boy, we cannot wait to meet you!

“More reasons to love, to live, to connect, to pave the way for you and other little ones arriving in this world… We love you.”

Following the announcement, several of the couple’s showbiz friends have congratulated them on the news.

Josh Groban commented: “Amazing my friend!! Love to your ever growing beautiful family.”

And Matthew Morrison wrote: “How sweet it is!! So happy for you and the whole squad!”

Odom — who won a Tony Award for his portrayal of Aaron Burr in the hit Broadway musical Hamilton — previously said he would love to see his offspring follow in his and his spouse’s footsteps and perform on stage one day.

He said before the arrival of Lucille in 2017: “Oh, I’m sure. You never know. Sometimes the kids don’t like what you like, but I’d love to give my kids an appreciation of the arts.

Odom and Robinson tied the knot in 2012.