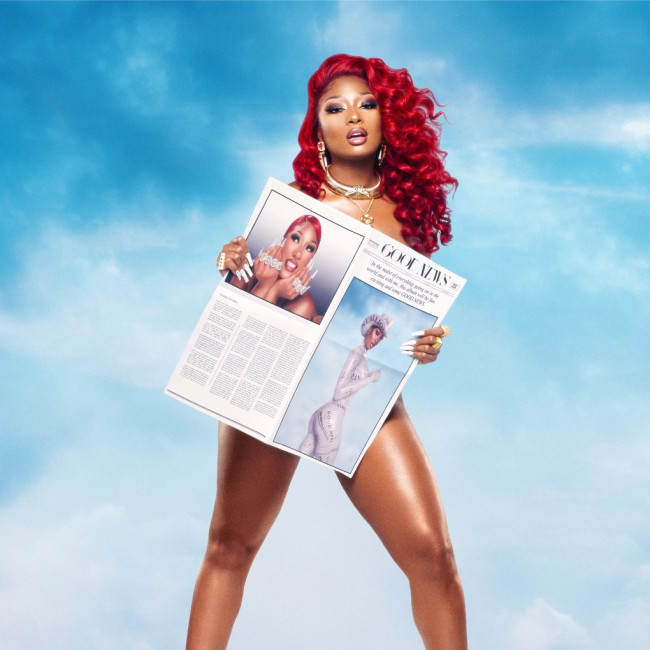 Megan Thee Stallion has announced the release of her new album, Good News.

The “WAP” rapper took to Instagram to share some “good news” amid this “rough a– year” by giving her fans a release date for her record.

She wrote: “Hotties, I first want to say thank you for riding with me, growing with me, and staying down with me since my first mixtape Rich Ratchet!

“Through this rough a– year we’ve all been having I felt like we could all use a lil bit of good news. So with that being said MY OFFICIAL ALBUM ‘GOOD NEWS’ IS DROPPING NOVEMBER 20TH PRE ORDER WILL BE AVAILABLE TONIGHT.”

THROUGH SUCH A ROUGH YEAR I FELT LIKE WE COULD ALL USE A LIL GOOD NEWS 📰 MY OFFICIAL ALBUM “GOOD NEWS” DROPS NOV 20TH ! Pre save tonight @ midnight #GOODNEWSMEGAN pic.twitter.com/7mDZLP1cQ6

At the end of last month, Megan teased that she was two features away from finishing the LP.

The “Savage” hitmaker used Twitter to give her 4.5 million followers an update on the hotly anticipated album, while she also hinted at a collaboration with City Girls.

When one follower asked how long it will be until she’s completed the record, Megan replied: “Waiting on 2 more features then I’m done.”

And when another fan asked if she has done a track with the hip-hop duo — which is comprised of Yung Miami and JT — Megan simply posted the purple devil emoji.

A week earlier, the “Hot Girl Summer” rapper teased that her album was “about to get crazy.”

The 25-year-old star — who has quickly become one of the best-selling artists in the music industry — wrote on the micro-blogging platform: “My album abt to go crazy [smiling emoji]”

A track-listing for Good News has yet to be unveiled, however, it will feature the Beyoncé-featuring remix of “Savage,” “Girls in the Hood” and “Don’t Stop.”