Larsa Pippen is the latest celebrity to have contracted the novel coronavirus, and the former reality star describes an assortment of physical ailments that spawned from the virus.

Pippen, 46, the former wife of NBA Hall of Famer Scottie Pippen, took to her Instagram page to alert her 2 million followers to the possible maladies they can be afflicted with if they contract the virus that has already killed more than 240,000 people nationwide.

The former star of “The Real Housewives of Miami” and “Keeping Up with the Kardashians” said her flu-like symptoms have included fever, chills, body pains, chronic headaches and, scariest of all, she’s having a hard time breathing. 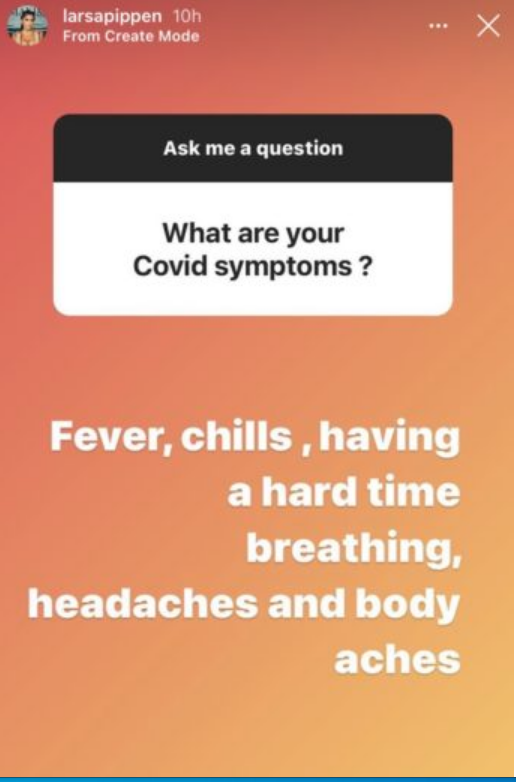 The mother of three children and former Kardashian clan insider said her condition is exacerbated by the mental toll COVID-19 is taking on her, especially considering the physical roller coaster she’s on.

Pippen also had to sequester herself from her adolescent children, compounding her frustration while she recovers. 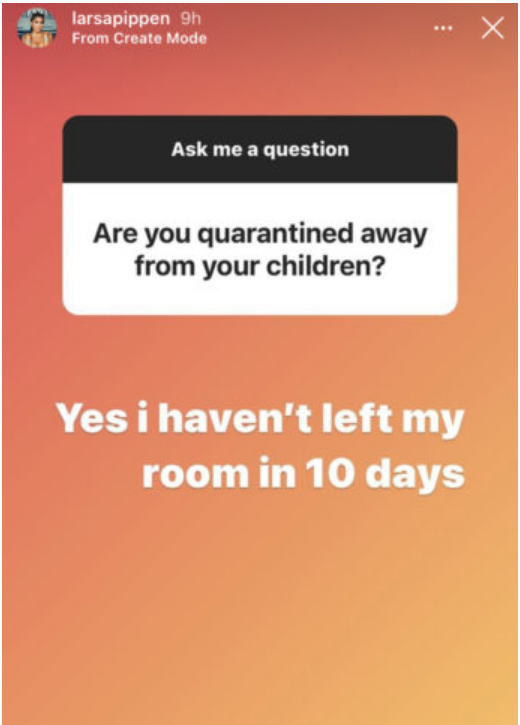 Pippen also made headlines earlier this month when she revealed that she dated Khloé Kardashian’s ex-boyfriend, Tristan Thompson, before she did, mystifying the family. She has been summarily renounced and ex-communicated from the Kardashian clan.

“Um, well, I kind of was seeing Tristan before Khloe before Khloe or any of them even knew he existed. I was seeing him, I had him come to LA, I brought him to a party Kim had, I introduced him to all of them and then a week later maybe 10 days later he started seeing Khloe.”