Actor Tristan “Mack” Wilds is officially off the dating market since he’s revealed that he married his longtime girlfriend, Christina Hammond, on Dec. 17. The 31-year-old Wilds and his wife have been a couple since they were 15.

“We got married, in a way, akin to how we started—just us. Never needed much else. With the addition of our parents and our baby, it really made for a magical moment. At different times in our lives, we’re shown fairy tales don’t come true. This one came true for me.” Wilds told “E! News.“

Hammond, a media and talent relations strategist, also expressed her joy to the entertainment outlet. “Our wedding was perfect. We wanted an intimate ceremony and so it was just us, Tristyn, and our parents on Zoom. I couldn’t have asked for a better wedding day. Our love story is my favorite love story. I am living out my dream of being married to the love of my life.”

The couple also has a daughter, Tristyn Naomi Wilds, who had her first birthday just a few days prior to her parents jumping the broom. 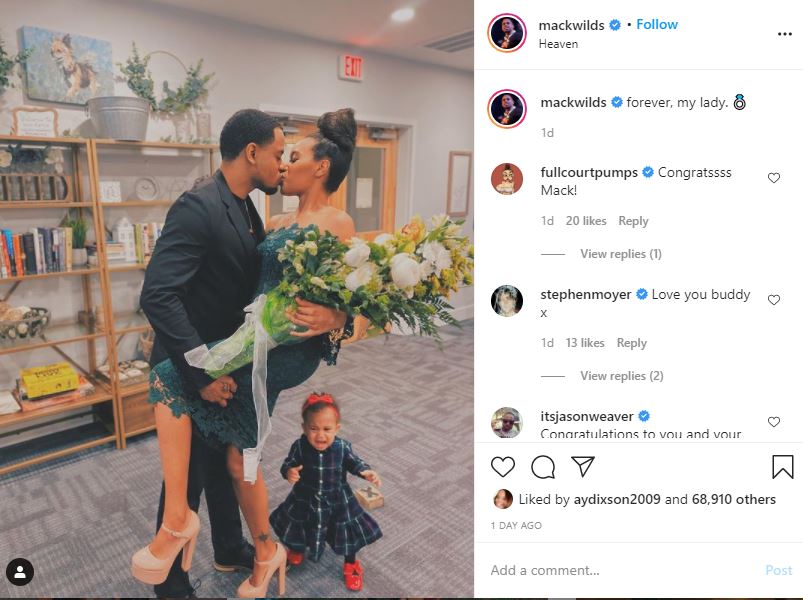 Wilds is set to be one of the stars of former NBA baller Kevin Durant’s upcoming basketball-themed drama series “Swagger.” scheduled to air on Apple TV+. The show will be based on Durant’s basketball experiences as a youth.