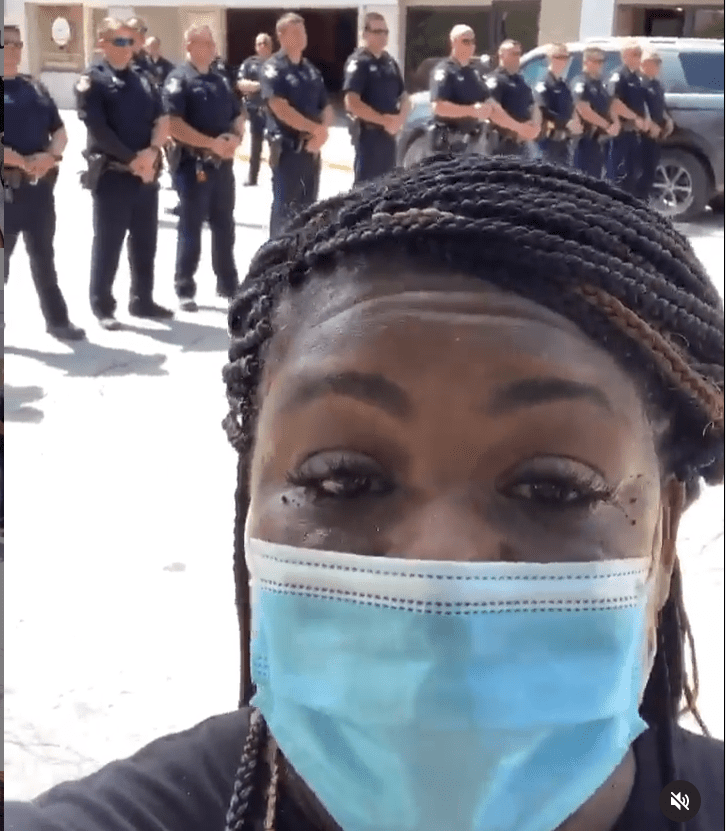 St. Louis Congresswoman Cori Bush announced she is moving her office inside the U.S. Capitol after allegedly being accosted by fellow Rep. Marjorie Greene last week.

Bush, D-Missouri, said she got into a shouting match with the irascible, right-wing congressperson from Georgia over her adamant advocacy of the Black Lives Matter movement that took hold of America in the summer of 2020.

Greene is a disreputable QAnan follower and bombastic espouser of conspiracy theories against the Democratic Party.

A maskless Marjorie Taylor Greene & her staff berated me in a hallway. She targeted me & others on social media.

I'm moving my office away from hers for my team's safety.

I've called for the expulsion of members who incited the insurrection from Day 1. Bring H.Res 25 to a vote.

Greene, a freshman legislator from Milledgeville, Georgia, is compiling quite a resume of unprovoked confrontations and highly-inflammatory statements since being elected in November 2020. In early January, Greene vowed to initiate impeachment proceedings against President Biden before he had even taken office on Jan. 20.

Most recently, Greene was seen on video harassing David Hogg, one of the survivors of the mass shooting in 2018 at Marjory Douglass High School in Parkland, Florida, about 50 miles north of Miami. The chilling video of Greene berating Hogg was taken just weeks after the massacre.

Because of Greene’s pronouncements, Bush told Speaker of the House Nancy Pelosi, D-California, of the confrontation, who then ordered Bush to move away from Greene’s office to another side of the Capitol.

On Jan. 13 — after members tested positive for COVID-19 after being locked down with her on Jan. 6 — Marjorie Taylor Greene came up from behind me, loud and unmasked. I called out to her to put hers on.

Her staff yelled at me, “Stop inciting violence with Black Lives Matter.” pic.twitter.com/GtN5AmGrkO

Later, Bush explained to MSNBC show host Joy Reid that she was not cowering from Greene, but wants to avoid further harassment of herself and her staff.

I didn't move my office out of fear.

I moved my office because I’m here to do a job for the people of St. Louis.

What I cannot do is continue to look over my shoulder wondering if a white supremacist in Congress is conspiring against me and my team. Our focus is St. Louis. pic.twitter.com/E5UWLr24qV

“Imagine going to work with an armed hostile unstable colleague and not having much recourse,” Omar tweeted.

Check out a partial video of the confrontation that precipitated Bush’s office move.