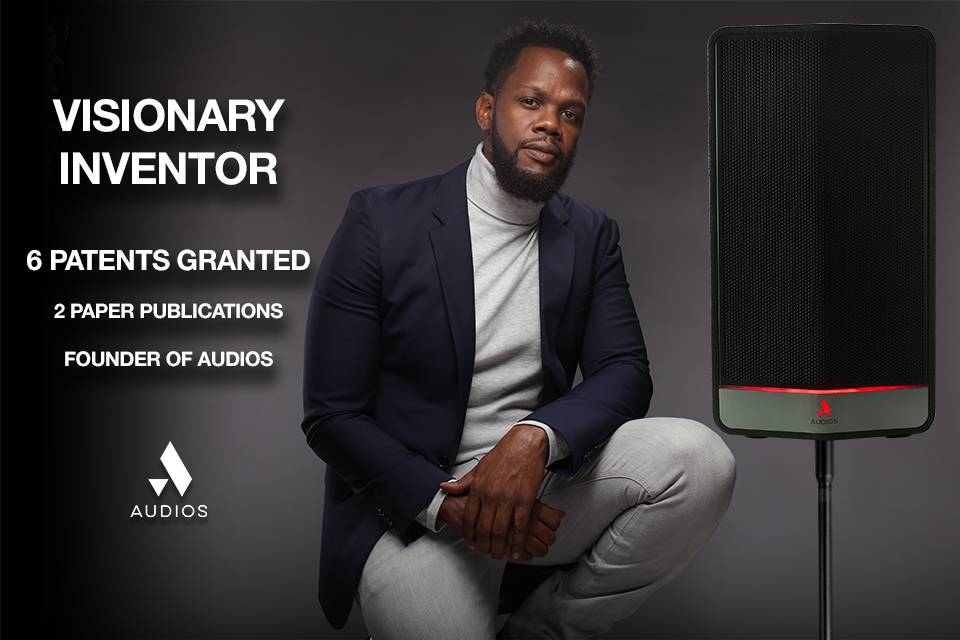 If ever an individual made a way out of no way, it’s Erik Young. The inventor, CEO and co-founder of Audios, a cableless loudspeaker for venues and events, Young escaped the streets to become a role model and true example of Black excellence. Here’s more about the awe-inspiring journey he recently shared with us.

What did it take for you to leave the streets and how did you ultimately find yourself?

I decided to stop hustling after one fateful night. … I was leaving the house to handle some [illegal] business. The problem is, the police were waiting on me. I’m not sure who set me up, but somebody definitely did. Lucky I peeped game — i.e. was able to anticipate their attempt to catch me — and avoided getting arrested.

After it was over, I talked to my dad, and he switched it up on me. He began to plead with me emotionally. He said, “This ain’t what I wanted for you. You can be somebody! You got a brain. I want you to go to college. You different from me. You different from your homeboys. We got felonies. You don’t. It’s too late for me. It’s too late for them. It ain’t too late for you. Next time you ain’t gonna be so lucky….” Even though I was a tough guy, that hit my heart — no cap — so, literally that day I decided I was done.

What was it that intrigued you about patents, and how were you able to make the process unique to you?

While I was studying at the University of Central Florida, I walked into one of my professor’s offices, and he had nine patents hanging on the wall. I was amazed. For me, a patent represented the pinnacle of the engineering discipline. So, I decided I wanted to earn patents, too, as a sign of my abilities because they are so rare. In my eyes, it was akin to having a championship ring in sports, or a Grammy in music.

I added my own sauce to the patent process by, first, creating the item I wished to patent, then, second, writing the patent. That approach allowed me to see things and come up with solutions that I wouldn’t see if I only wrote the patent based on the original idea in my head.

Why do you choose to give back to the youth?

There are two reasons. First, I think it is important to focus on the next generation because someday a leader will rise and set things straight for our people.

The second reason is I know what it’s like to have no hope of getting out of the situation you were born into, no ambition to pursue anything beyond what is in front of you, and no knowledge of the opportunities or possibilities available to you.

For a limited time, Erik’s tech company, Audios. is accepting investment from the general public. Anyone can invest via republic.co/audios and become a part owner starting at $100.