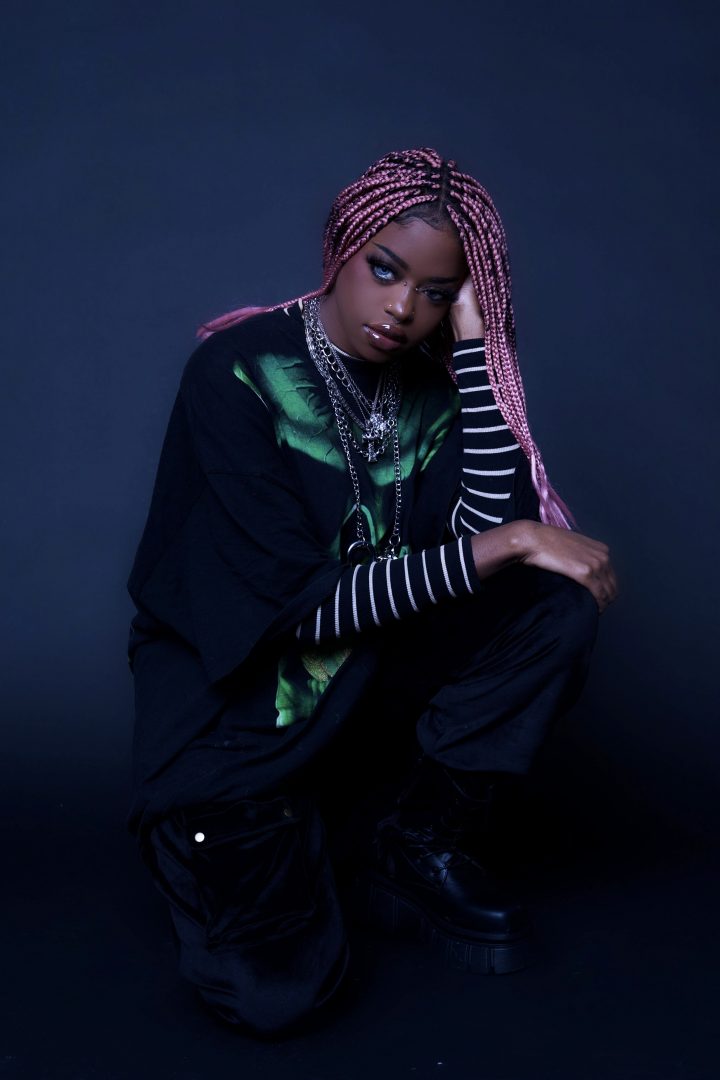 As 2020 came to an end, alternative songstress Baby Storme found herself in a giving mood during the holiday season. The New Yorker told her followers in a clip that she would personally sign and send Christmas cards upon request. Initially, she’d planned on shipping about 50 personalized cards, but that number quickly swelled to hundreds.

Unsurprisingly, Storme’s followers ballooned as well, by more than 20,000 on Instagram and another 100,000 on TikTok — in one night.

That same rabid fan base is still growing by the week. Personalized Valentine’s Day wishes aside, her stats continue to increase, this time due to her new single and viral video, “Jackson.” Only weeks ago, she earned the No. 1 featured spot on TikTok and on its emerging artist playlist. She also charted on Apple’s alternative R&B playlist, along with Tidal’s Rising: R&B. Not to mention, she bagged another 50,000 followers in less than a month.

Storme recently sat down with rolling out to discuss her growing following, her eccentric image and how it all translates to her music.

How do you go about choosing your hair color and other components of your unique style?

My hair [is] normally always silver. I changed it for the first time in, like, two years, just a few weeks ago. … As of now, like, I just felt like doing something different. Pink was kind of calling my name. So [that’s it] right now, but eventually I’ll go back to [silver] because I love the vampire look. I feel like right now I look a little bit too happy. I like the edgy look.

How does that translate to your music?

Although I have music out, I feel like people haven’t really gotten to see what I’m fully capable of. And like, I think when I do end up dropping a project, people are gonna hear how my lyrics are just so sad. Bt it’s not because it’s supposed to be sad. It’s genuinely how I feel. I literally write exactly how I feel on paper. So it’s my songs. I literally feel, like, me on paper. So yeah, it definitely does translate into my music for sure.

Tell us about the TikTok numbers and your recent No. 1 placement on the platform’s playlist.

Check out the visual for Baby Storme’s hit “Jackson” on the next page.