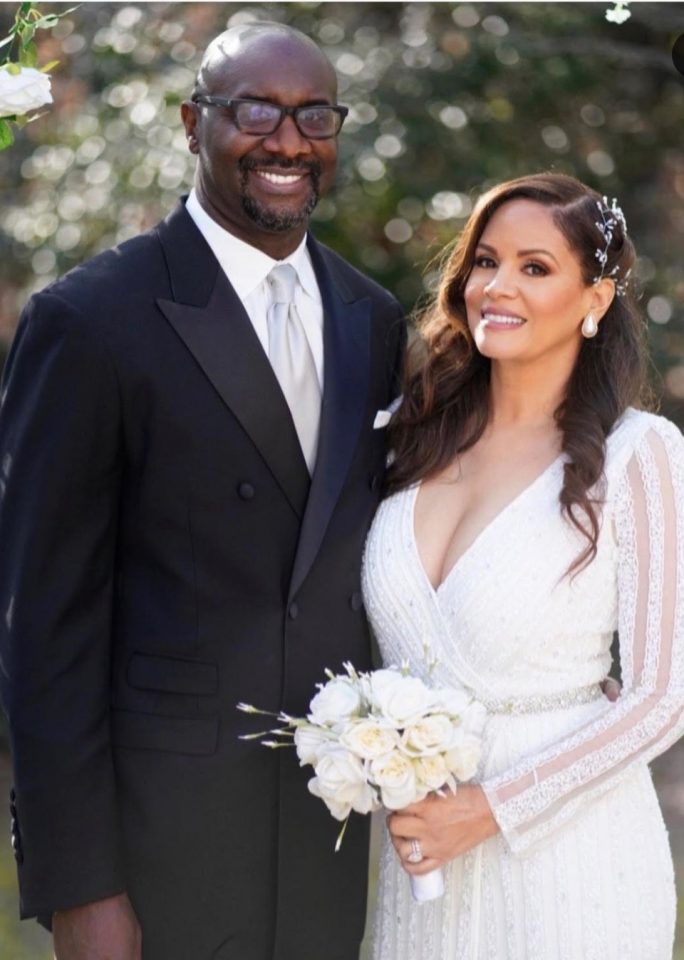 Roger Bobb, CEO of Bobbcat Films, has been one of the most popular bachelors in the film industry for more than two decades. In fact, whenever the “Meet the Browns” television series creator and executive producer would get inquiries about plans to get married, he quickly gave a brief reply about being single and focused on his filmmaking.

Bobb, who was mostly known as the senior vice president of Tyler Perry Studios, has finally tied the knot with longtime girlfriend, writer, producer and ’90s dancer-choreographer Shane Johnson. Shane recently appeared on Lifetime’s Whitney Houston and Bobbi Kristina documentary, “Didn’t We Almost Have It All,” which aired on Saturday, Feb. 6, 2021, just one day before Bobb and Johnson made it official.

Johnson gave several testimonials about Houston’s character, as she was her dancer for seven years. At one point Johnson’s dance team, MECCA, was signed to a management contract under the late singer. Certainly no stranger to the entertainment industry, Shane began her trek in the business at the tender age of 8 years old. After getting her start as a dancer in the ’90s, she later toured with the likes of Bobby Brown and Michael Jackson. Shane is currently a writer and producer for multiple Bobbcat Films projects.

Congratulations are definitely in order to the newly married couple, who “wed in an intimate setting [in] their Los Angeles home over the past weekend,” according to the bride. This is the first marriage for both, and they each have one teenager headed to college. They have no children together.

Rolling out wishes the Bobbs well in their new marriage.