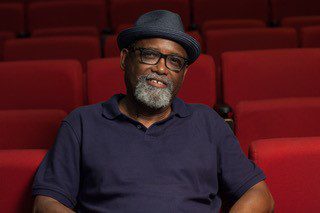 Sam Pollard is an award-winning director who gives a voice to the voiceless and shares the rich stories of our community. In his new documentary on HBO, he spotlights Black art and artists. Pollard, who is director and executive producer of the documentary, spoke with rolling out about his latest project and why it was important for him to bring this story to life.

What is this piece about? How did you come up with the title?

This project, “Black Art in the Absence of Light,” really came from the mind of Henry Louis Gates Jr. He reached out to HBO a few years ago and felt that they should do a documentary about African American artists and their contributions to the American art scene. He then conferred with Thelma Golden, who runs the student museum. The initial idea when they brought me on board was to look at the film through the 1994 exhibit that they called “Black Male” at the Whitney Museum in 1994. Golden suggested that we frame the documentary around this 1976 exhibit curated by the artist in his story in the late David Driskell’s [traveling exhibition] titled “Two Centuries of Black American Art,” where he looked at African American artists in the 19th and 20th centuries. It was just a wonderful exhibit where you really had the opportunity to showcase fabulous artists. We reached out to him. I met with him in New York City. We had a lovely dinner together. He talked about the genesis of his project and the artists he put into the exhibit.

You built a masterful art house in this documentary. Why?

I felt like it was important to really see some of these artists in their processes at work. The fact that we as a people aren’t monolithic, that we have different ways of expressing ourselves. The way that Astor expresses himself is different than the way Radcliffe [Bailey] does and is different than the way Kara [Walker] does. I just thought that was an important opportunity to do that.

You did a great job when you shot Radcliffe’s interpretation of our plight, allowing us to see his work through a window like we were outside of the exhibit. Was that intentional?

Yeah, it was. The fact that he gave me privilege to watch him work in his studio was a great honor, just to see how he sort of unravels this stuff. The other thing I think is interesting about Radcliffe is he’s inspired by where he comes from. He’s inspired by those images he saw from his grandmother and his grandparents. I was a child of the ’60s, a teenager in the ’60s. All this stuff is influenced by how I was seeing the world at the time. My notion of the world has evolved and progressed from those earlier reactions to those things that I saw and came up with, so that’s what I admire about all these artists’ work. They’re all influenced by where they come from. You can see it in everybody’s work.