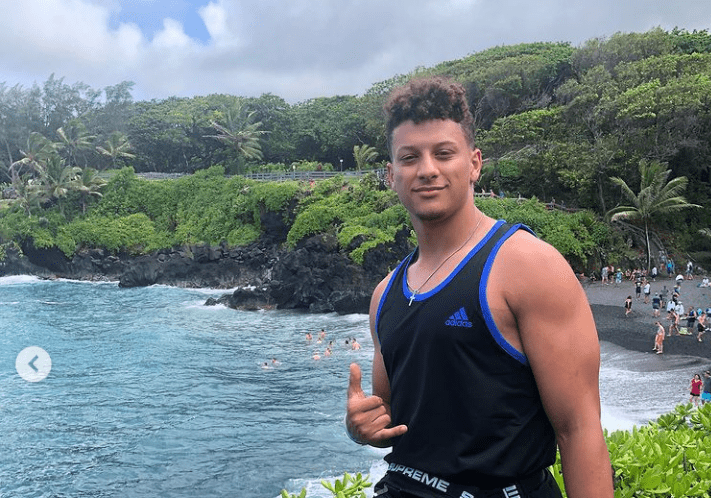 On Monday, the couple posted the photos of the newly arrived addition to their burgeoning clan, as their daughter Sterling Sky Mahomes was born on Saturday, Feb. 20, 2021.

Mahomes and Matthews each shared the same photo of their tots’ tiny hand clutching her father’s finger. Matthews had her hand placed over Mahomes’ while displaying a diamond-encrusted “Sterling” necklace. 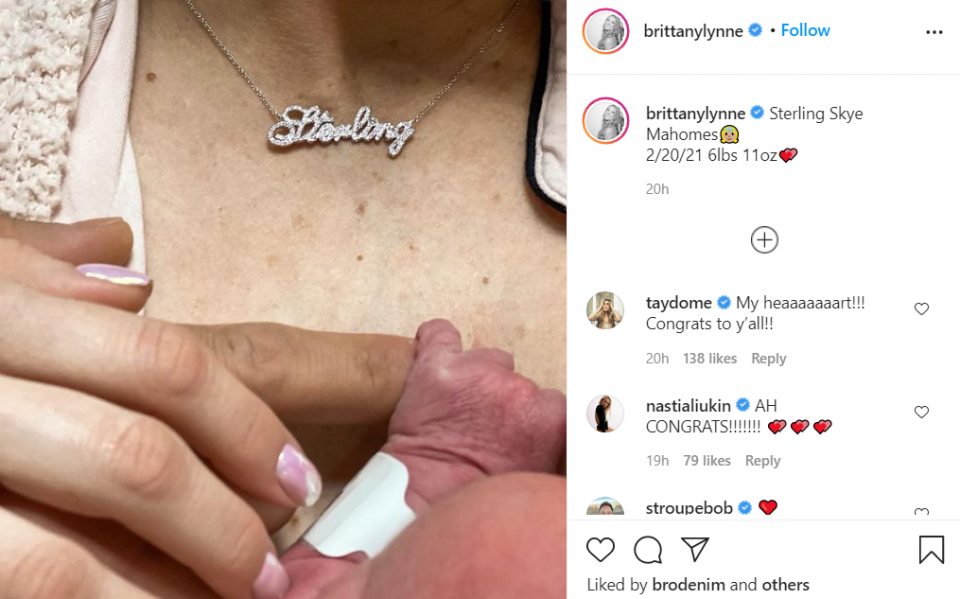 Mahomes nearly duplicated the caption on the same photo for his 4.5 million Instagram followers, switching the princess emoji to a heart and saying: “Sterling Skye Mahomes 2/20/21 ❤️.”

Mahomes and Matthews were high school sweethearts and have been together through the 25-year-old Mahomes’ record-setting career. He became the youngest player to win the NFL league MVP during the regular season (23) in 2019, and then the next year was the youngest QB to capture a Super Bowl in 2020.

Mahomes took a major L in the 2021 Super Bowl earlier this month, however, as his Kansas City Chiefs were annihilated by Tom Brady and the Tampa Bay Buccaneers, 31-9. But most sports prognosticators believe Mahomes will win another title during his already august career.

The QB kept things in proper perspective after his team’s drubbing in the championship game, telling reporters during the press conference: “I’ve got to work on becoming a better dad even though I haven’t become one yet,” Mahomes said.

It is not hard to believe that Mahomes is not thinking about that Super Bowl setback after the arrival of his daughter on Saturday.