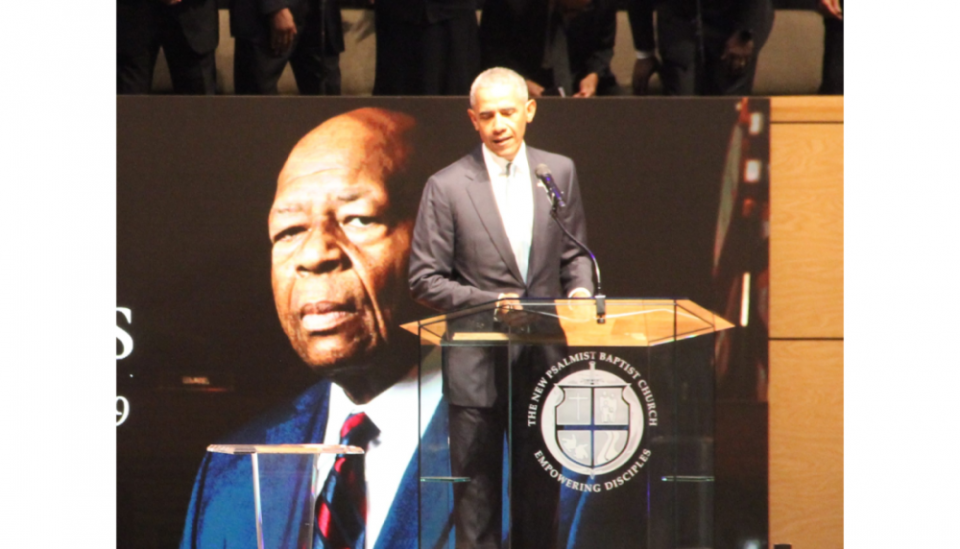 Barack Obama (Photo by A.R. Shaw for rolling out)

Barack Obama is renowned for the temperance and stoicism he exemplified throughout his illustrious political career, particularly when you consider the constant disrespect he was subjected to as the 44th president of the United States.

But Obama, 59, recently admitted that he didn’t possess those admirable intangibles as a student coming up in Hawaii. He revealed to his friend and fellow transcendent personality, rocker Bruce Springsteen, that he once had put his paws on a former friend when he was called a racial slur during an altercation.

The author of the bestselling memoir A Promised Land and the “Born in the USA” singer are the latest celebrities to pair up for a popular podcast, with this one titled “Renegade.” According to Yahoo! News, they broach a plethora of subjects including fame, fatherhood, race and current American affairs.

Last year, I sat down with my good friend Bruce @Springsteen for a long and meaningful conversation that touched on so much of what we’re all dealing with these days. I’m excited to share it with you over the next few weeks: https://t.co/sQACD08AWx pic.twitter.com/biMoxCLhAG

During the segment on race, Obama shares with Springsteen his visceral reaction when he was called a racially reprehensible term by someone he knew, something many Blacks can empathize with.

“Listen, when I was in school, I had a friend. We played basketball together,” Obama recalls, according to Yahoo!. “And one time we got into a fight and he called me a c–n.”

Obama continued, “Now, first of all, ain’t no c–ns in Hawaii, right? It’s one of those things that — where he might not even know what a c–n was. What he knew was, ‘I can hurt you by saying this.’ ”

As a result of the infraction, Obama said he introduced his so-called friend to his hands, breaking his nose with one punch.

Watch the preview of “Renegades: Born in the USA” below.