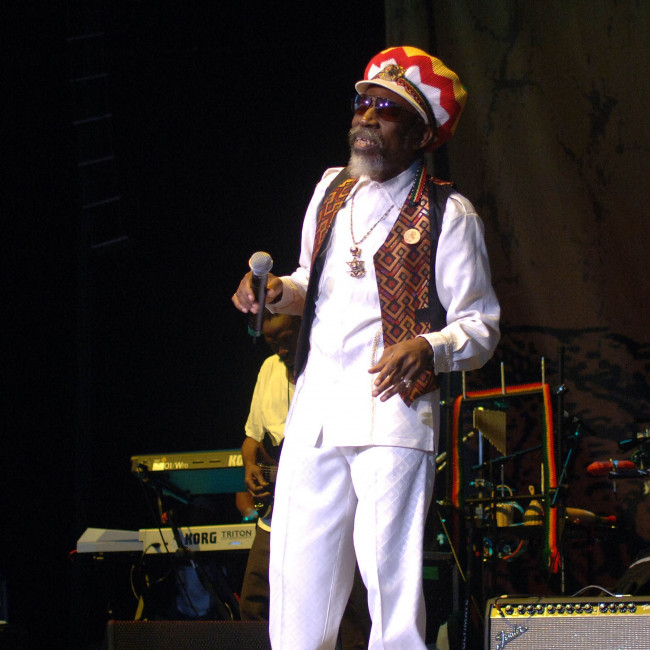 The heralded musician was a founding member of The Wailers, along with his musical brothers Bob Marley and Peter Tosh.

Born Neville Livingston, Bunny formed The Wailers in 1963 with late superstars Bob Marley and Peter Tosh when they lived in a slum in the capital of Kingston. They would later become household names starting with albums like Catch A Fire while helping bring Rastafarian culture to the masses.

The acclaimed musician was the sole surviving member of the Wailers. Marley died of cancer in 1981 and Peter Tosh was murdered in 1987. Wailer would venture out on his own after leaving the group. His solo albums included 1976’s Blackheart Man and 1981’s Rock ‘n’ Groove.

Wailer’s manager Maxine Stowe told the Jamaican Observer today that the three-time Grammy winner was at Andrews Memorial Hospital in the Jamaican parish of St. Andrew when he succumbed. No cause of death was given but the singer had been in failing health after suffering a second stroke last July. “He died about 8:00 this morning. I’m still right here with him,” said Stowe. 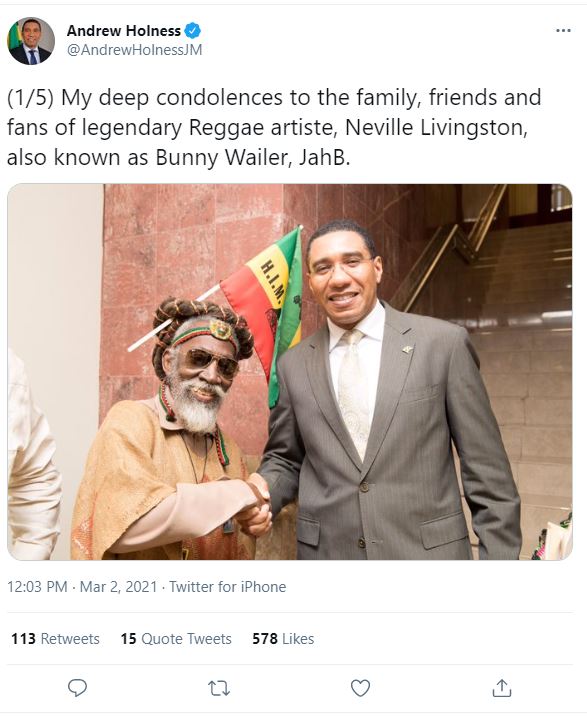 Jamaican politician Peter Phillips remembered the reggae legend on Facebook, posting, “The passing of Bunny Wailer, the last of the original Wailers, brings to a close the most vibrant period of Jamaica’s musical experience. Bunny was a good, conscious Jamaican brethren.”

Jamaica’s Prime Minister, Andrew Holness, also paid tribute to Wailer, posting on Twitter, “This is a great loss for Jamaica and for reggae, undoubtedly Bunny Wailer will always be remembered for his sterling contribution to the music industry and Jamaica’s culture.”