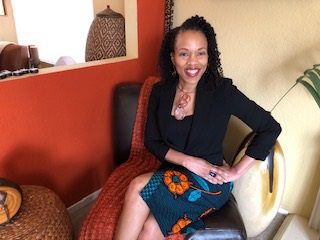 Indria Gillespie, Ph.D., is a business owner and a two-time bone marrow donor. Her experience donating marrow to save the lives of strangers provided the inspiration for establishing the nonprofit Angels In Disguise. The organization’s mission is to conduct non-clinical research and heighten awareness of the bone marrow registry. Gillespie also works to increase understanding of the critical need for Blacks, Hispanics, and Native Americans to donate bone marrow if matched.

Tell us about your experience with Be The Match.

In 1994, my boss’s son had leukemia, and they had a bone marrow drive at my job. I knew nothing about the bone marrow registry, bone marrow donation or anything, [but] I joined. I was not a match. However, six years later, in 2000, I received a letter in the mail saying that I was a match to a 46-year-old African American male with myelodysplastic syndrome, and I became his donor.

What would you say if you were giving a speech at Spelman or Morehouse about why our community needs to join the movement of giving and registering for Be The Match?

It’s critical that we join the registry because over 90 percent of … bone marrow matches occur within the same ethnicity. That tells you that only we can save ourselves. We only have a 23 percent match rate, which is the lowest match rate of any ethnicity in the world. So … combine it with the low population on the registry, and we have a very diverse HLA genetic marker. That makes it even more difficult for us. So it’s very important for us to join the registry because no one else can do this for us.

Why do you think there’s hesitancy in our community to join the registry?

Well, I did my dissertation study on this, and there were several reasons. It’s based on knowledge, motivation, and cultural issues. And for us as far as cultural issues, there’s a fear and a distrust of the medical community because we have been used for centuries as guinea pigs for the advancement of medical science.