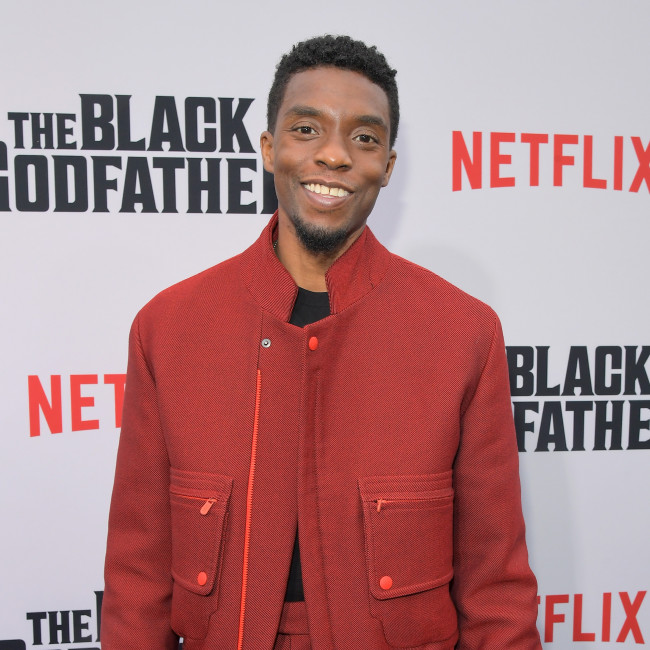 The Hollywood actor — who tragically died in August 2020 after a secret battle with colon cancer — posthumously took home the Best Male Actor in a Leading Role prize for his role in “Ma Rainey’s Black Bottom” and his widow Simone Leward made sure to quote him as she collected the honor.

Accepting his prize, she said in the virtual ceremony: “If you see the world unbalanced, be a crusader that pushes heavily on the seesaw of the mind. That’s a quote by Chadwick Boseman.”

Leward also thanked the late actor’s parents — Leroy and Carolyn Boseman — as well as playwright August Wilson, who penned the play on which the film is based.

Elsewhere, Viola Davis — who starred alongside Boseman in the movie — thanked her friend, the “beautiful Chadwick Boseman”, as she collected her Female Actor in a Leading Role gong.

Kissing her husband Julius Tennon, Davis went on to thank August Wilson for his work.

She said: “Thank you, August for leaving a legacy to actors of colour that we can relish for the rest of our life.”

And Davis also went on to praise her fellow nominees — Carey Mulligan, Amy Adams, Vanessa Kirby and Frances McDormand — and says she “couldn’t have been in better company.”

Daniel Kaluuya also remembered the late Boseman as he collected his Male Actor in a Supporting Role prize for his role in “Judas and the Black Messiah.”

Mentioning his co-stars, including Lakeith Stanfield, he said: “You can’t make a film without an incredible group of people that come together and want to say a truth.”

And Kaluuya also mentioned Boseman, who he starred alongside in Black Panther.

Accepting the gong, he said: “This one’s for Chadwick Boseman, and this one’s for [Black Panther Party] Chairman Fred Hampton. Thank you so much.”

Check out the full list of winners at the 2021 SAG Awards on the next page.