Johnson, known as the “Face of Unemployment” online, began his new job as an autopsy lab assistant at the office of chief medical examiner Oklahoma eastern division on Jan. 4, 2022. 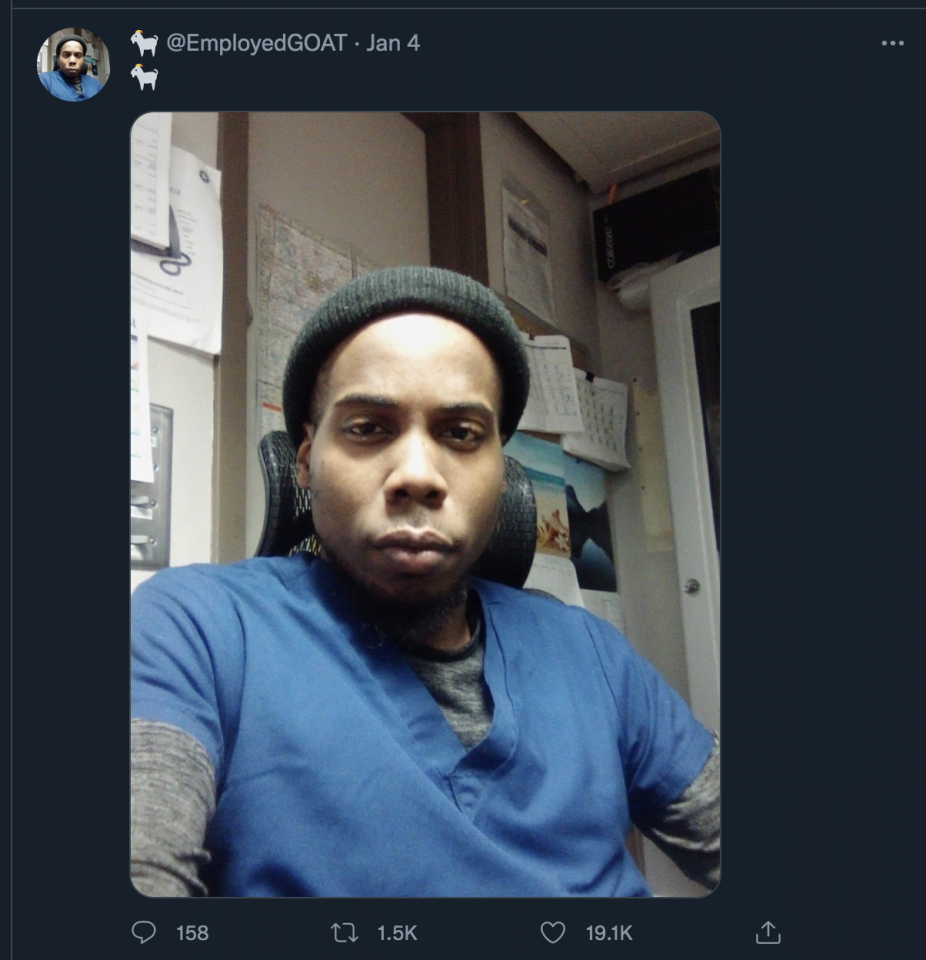 The Oklahoma man became a meme and earned his nickname in January 2021 when CNN posted a story about four million Americans being unemployed in the prior six months. A selfie of Johnson was used as the story’s image, which prompted Twitter user Jasmine Watkins to point out what many people were probably thinking.

“Imagine logging on Twitter and you the face of unemployment,” Watkins tweeted.

As of Jan. 7, her post has over 72,000 retweets and 500,000 likes. Oftentimes when Twitter users brought up employment, Johnson’s selfie was used as a joke to represent not having a job or enough money.

Jokes aside, Black people have represented the largest ethnic group of the unemployed population in America for the past two years, according to the U.S. Bureau of Labor Statistics.

“This is a long and well-understood issue in labor economics, that persons of color, Black and brown people, often face labor market discrimination,” Jared Bernstein, chief economist to Vice President Kamala Harris, told rolling out. “It’s quite pervasive in terms of, if you look across education levels, you see this not just for people who are high school graduates, you see it for college graduates as well.”