Traci Braxton, who soared to fame as one of the Braxton’s singing siblings and was a prominent member of the hit show “Braxton Family Values,” has died at age 50.

“We have come to a time where we must inform the public that after a year of privately undergoing a series of treatments for esophageal cancer, our beloved Traci Braxton has gone to glory,” Surrat told TMZ.

Braxton’s son, Kevin Surrat Jr., took to his Instagram page to convey the depths of his sorrow about his mother’s premature passing.

“When I heard the news about my mother being sick, first thing she said was ‘I’m going to fight and beat this,’” he wrote. “She fought to the end and today she’s at peace. I love my mother forever and this hurts so much, but I’m at peace knowing she’s isn’t in pain anymore. I love you ma. I’m going to miss you.” 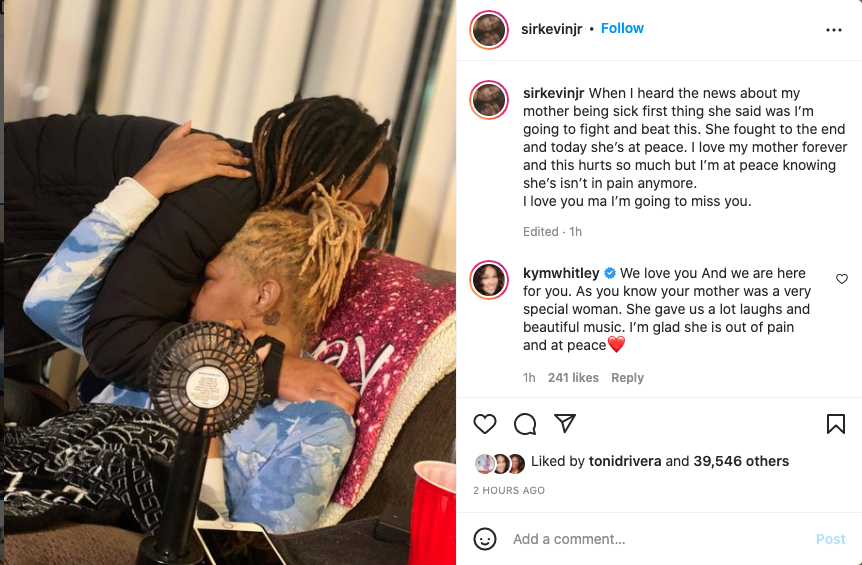 Braxton released two solo R&B albums in recent years, Crash & Burn in 2014 and 2018’s On Earth, and she also hosted the “Traci Braxton Show” on the radio station BLIS.FM.

But it was her appearances in 147 episodes of the ultra-popular We TV reality show “Braxton Family Values” over the course of seven seasons that fans fell in love with her. There, fans got to know a lot more about Traci Braxton along with her famous siblings Toni, Towanda, Trina and Tamar Braxton, and their beloved matriarch Evelyn Braxton, a.k.a. Ms. E.

Traci Braxton also appeared in the third season of “Marriage Boot Camp,” which she appeared on with her husband. Braxton also shined on such shows in guest roles on “The Real,” “Celebrity Family Feud,” and “Who Wants to Be a Millionaire?”