Smart talking: People who are bilingual have brains that stay young longer 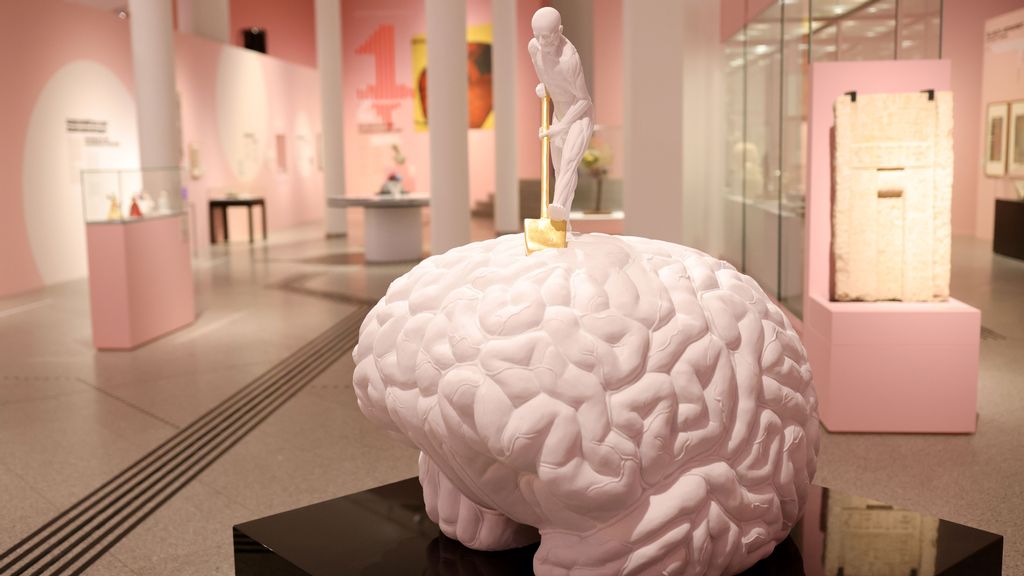 The ability to keep the brain fit by speaking more than one language could be one of the best ways to stop brain ageing, according to new research by boffins in the UK and Russia.

The research comes at a time where advances in medical technology mean people can live longer than ever, but the consequences of that mean the brain can not always keep pace with the physical health of the body.

The number of cases of dementia and other neurodegenerative diseases is growing as the population ages, and there is increasing research into how this process can be tackled.

Researchers from HSE University, Moscow, and Northumbria University, Newcastle upon Tyne, have found that bilingualism can slow down and mitigate the course of age-related changes in the human brain. The study was published in Frontiers in Psychology.

The impact of age on the human brain includes the fact that overall information-processing speed decreases, short-term and episodic memory deteriorate, and control over language skills, executive, and visuospatial functions decline.

This process is called ‘cognitive ageing’. At the neuronal level, it manifests itself through anatomical changes in the grey and white matter in specific brain regions.

However, the speed at which ageing occurs varies and depends on a person’s cognitive reserve – which is the brain’s ability to cope with the effects of age-related brain damage and maintain optimal performance.

This reserve is built up over the course of a person’s life, as the brain strengthens neural networks in response to various external stimuli.

The more complex the neural networks are, the greater a person’s cognitive reserve is and the milder any age-related changes will be.

It is already proven that cognitive reserve is influenced by physical exercise, nutrition, career, leisure habits, level of education, socio-economic status, and several other factors.

The team of scientists that investigated the effect of bilingualism on older people’s brain functioning and how it relates to other aspects of cognitive reserve conducted an experiment with 63 adults aged 60 or above.

The participants were healthy and had no history of psychiatric or neurodegenerative impairments. The participation requirements for the study included at least partial knowledge of a second language (‘bilingualism’ in this case referring to the ability to speak two languages, no matter how fluently).

Before the experiment, all of the participants took a questionnaire that investigated their cognitive reserve (including questions about the participants’ marital status, level of education, profession, social relationships, sports activities, etc.)

The participants also had to indicate how long they had known a second language, how often and where they used it, and how fluent they were in this language.

The participants were presented with a ‘flanker task’, which is traditionally used to measure inhibitory executive control.

In the task, participants were shown a row of five arrows, with the central ‘target’ arrow the key stimulus.

The arrows to either side of the central arrow (the ‘flankers’) could point in the same direction as the key stimulus (congruent), the opposite direction (incongruent), or they could be replaced by other objects (such as squares).

The participants were asked to indicate the direction of the central target, and to do so as quickly as possible.

In an incongruent situation (when the target and side arrows point in different directions), it is usually more difficult for a person to concentrate and give the correct answer.

However, bilingualism showed a facilitatory effect on the task. The longer people had studied a second language and the more fluent they were, the better they performed in the experiment.

It is worth noting that the level of subjects’ language skills played a greater role than the length of time they had been learning a second language.

The researchers explained this result by noting that bilingual speakers constantly face similar conflicts in daily life, in which they must make choices and switch between two linguistic systems.

Federico Gallo, Junior Research Fellow at the HSE University Institute of Cognitive Neuroscience, said: “Unlike other factors that shape cognitive reserve, bilingualism is unique in that it is constantly present in our lives. We can take up and give up physical exercise, go on one diet or another, or change jobs, but language remains with us all the time.

“We communicate, watch movies, and read books, and the language centres are constantly working in our mind. We witnessed an interesting phenomenon in this experiment: with a high level of language proficiency, the correlation between successful conflict resolution and other components of cognitive reserve disappeared. This suggests that bilingualism’s benefits on cognitive reserve might be stronger than those of other known factors.”

Proficiency in two or more languages improves brain functioning in healthy people, and it is also a defence against neurodegenerative disorders, such as dementia, Alzheimer’s, Parkinson’s disease, or strokes.

In another article published in Frontiers in Human Neuroscience, Federico Gallo and his colleagues provided an overview of the latest research on bilingualism and ageing.

The data suggest that active bilinguals are diagnosed with neurodegenerative diseases five to seven years later than monolinguals.

Scientists believe that bilingualism improves not only the executive functioning of the brain, but also episodic, working and semantic memory, and even increases overall fluid intelligence.

Federico Gallo added: “There are no really effective drugs available today to prevent or slow down brain ageing. It takes enormous financial resources to develop pharmaceutical treatments. Therefore, finding and researching alternative, non-drug ways to slow down cognitive ageing should become a priority in science. In the long term, we plan to study how the benefits of bilingualism on ageing may vary with different language pairs.”

The post Smart Talking: People Who Are Bilingual Have Brains That Stay Young Longer appeared first on Zenger News.