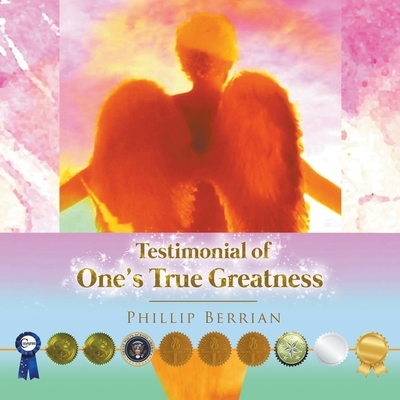 Phillip Berrian is a man on a mission from God. Berrian, of Brooklyn, New York is one of nine children. He was spiritually anointed and inspired at a young age to write poetry.  The gifts God bestowed on Berrian have led to him being blessed with numerous honors, including two Editor’s Choice Awards from the International Library of Poetry from 2005 and 2007 as well as being acknowledged by several prominent poetry organizations.

How would define your personal brand?
I would define my personal brand as being original and pretty much authentic, meaning creating and writing potent words out of the ordinary and being true to the developmental process of my craftiness.

What inspired you to write Testimonial of One’s True Greatness?
I’ll gladly answer that. What inspired me to write this uplifting book —which I call “the people’s book” because its dedicated to them — is [me] answering the call from the Almighty God, and using the Kodak … moments of people’s anxiety, their pain and the trials and the tribulation that they have gone through. The Testimonial of One’s True Greatness is similar to yhe Ten Commandments, by delivering a profound message to those by letting [each] individual know that God still has their backs just as he was there all of the time [for] those during [the] biblical era and who is still delivering and setting those free from the token words of encouragement.

What is the story behind the title?
The story behind this book, is taking a combination of poems and short stories by exploiting passages and others’ journeys, including my own ,and from the historical and the biblical times, which deals with love, lost hope, forgiveness, prosperity, redemption and everything else pertaining to the human nature aspect of triumph and jubilation.

Was it a deliberate decision to write this book?
Yet again, I’ll gladly answer it, by reminding people that God is still in control of whatever situation that they may find themselves in, and realizing that only He Himself, and nobody else … can rescue and deliver them from the calamity of their afflictions. If He can’t do it, then it will not be done.

What did you like best about writing Testimonial of One’s True Greatness?
Encouraging those who need to be uplifted … and guided to the rightful pathway, and highly putting these words [on paper] that God has given me. [I also enjoyed] allowing what is written, especially for those who need it desperately, by making the stories their own stories.

What motivates you and why?
The Lord and Savior Jesus Christ, because without him I wouldn’t be doing what I’m doing currently by writing this inspirational book for the people.

What’s next for you?
Continuing doing God’s works by working on another book project that will be released in due time.