Rap star Latto was bestowed her own day and handed the key to her home county in suburban Atlanta during her second annual “Christmas in Clayco” event on Dec. 18.

Amid the flurry of activities of giving out scores of Christmas dinners, TVs, bikes, toy cars, whole turkeys and other basic essentials during the weekend before Christmas, Latto was handed the key to Clayton County, Georgia, by esteemed politico and former gubernatorial candidate Stacey Abrams.

“I feel like I owe my success to Clayco, so this means so much to me,” Latto, 23, told People magazine. “I’m committed to using my platform to create opportunities for the next generation of Clayton County youth.” 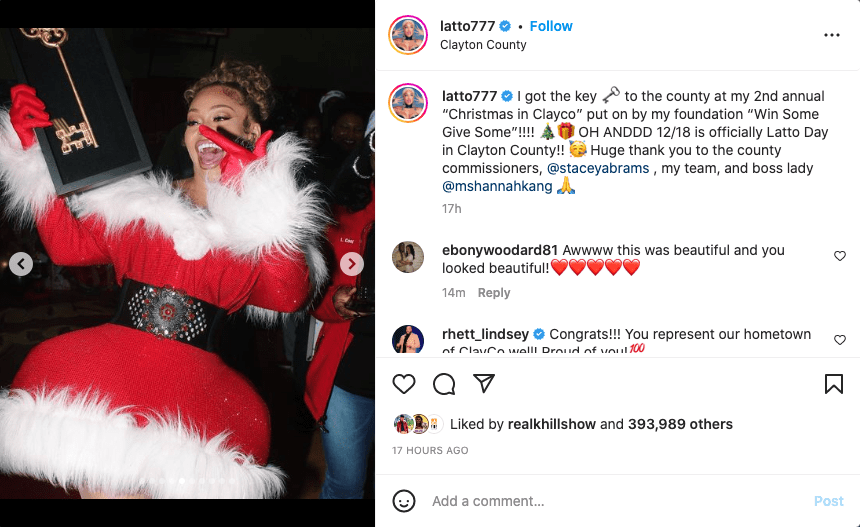 The day was also declared Latto Day by Alieka Anderson, the commissioner of the Clayton County region which hugs the southern edge of Atlanta. 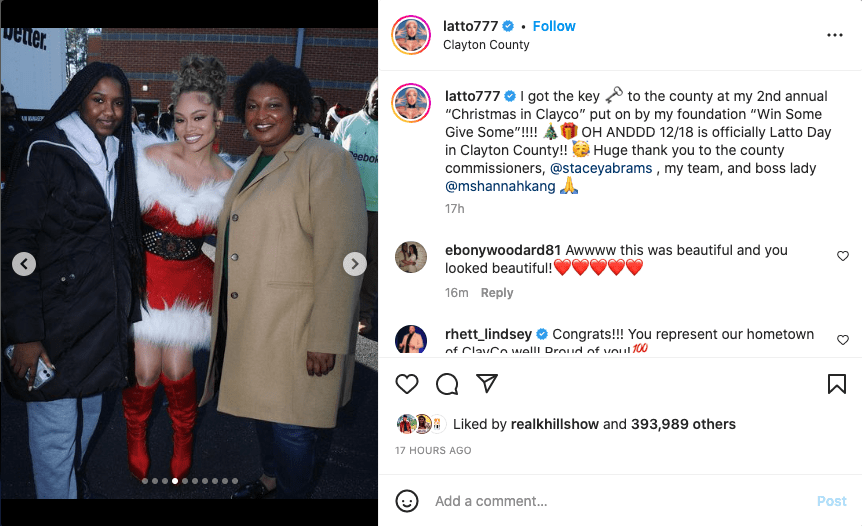 “Latto is the epitome of greatness here in Clayton County,” Clayton County commissioner Alieka Anderson said at the event, according to the Atlanta Journal-Constitution. “Our kids love her, the commissioners love her, and this is a collaboration that has been great for the community and for the children in Clayton County Public Schools. I want them to see the spirit of giving. When you give, it reciprocates back to you. What we tell our kids in Clayton County is that you can go and be anything you want to be, and Latto is a great example of that.” 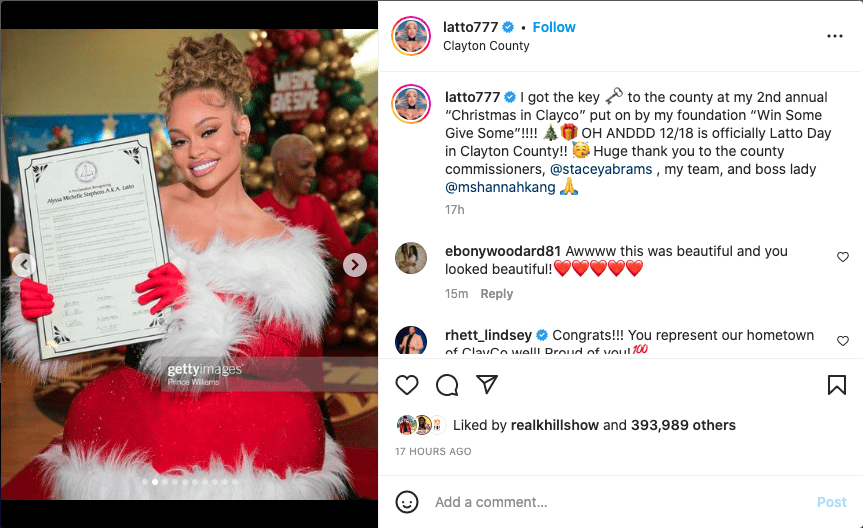 Latto, who turns 24 on Dec. 22, was born Alyssa Michelle Stephens in Columbus, Ohio, and graduated high school in Jonesboro, Georgia, the seat of Clayton County. She skyrocketed to national fame displaying her lyrical prowess on the Jermaine Dupri-powered show “The Rap Game” in 2016.

While climbing the Billboard charts and the upper echelon of female rappers in America, Latto founded Win Some Give Some in 2021 to empower underserved youth, as well as provide resources and “self-esteem support to achieve a lifetime of equal opportunity and success,” according to the organization’s statement.

“I owe a lot of my success to Clayton County, so it feels really good to be here,” Latto said while addressing fans and media at the event, according to the AJC. “My old school Rex Mill [Middle School] is literally two minutes down the street and [as] we were driving past it, I was like, ‘Oh my God. Everything is coming full circle.’ I’m so blessed and happy to share my blessing.”