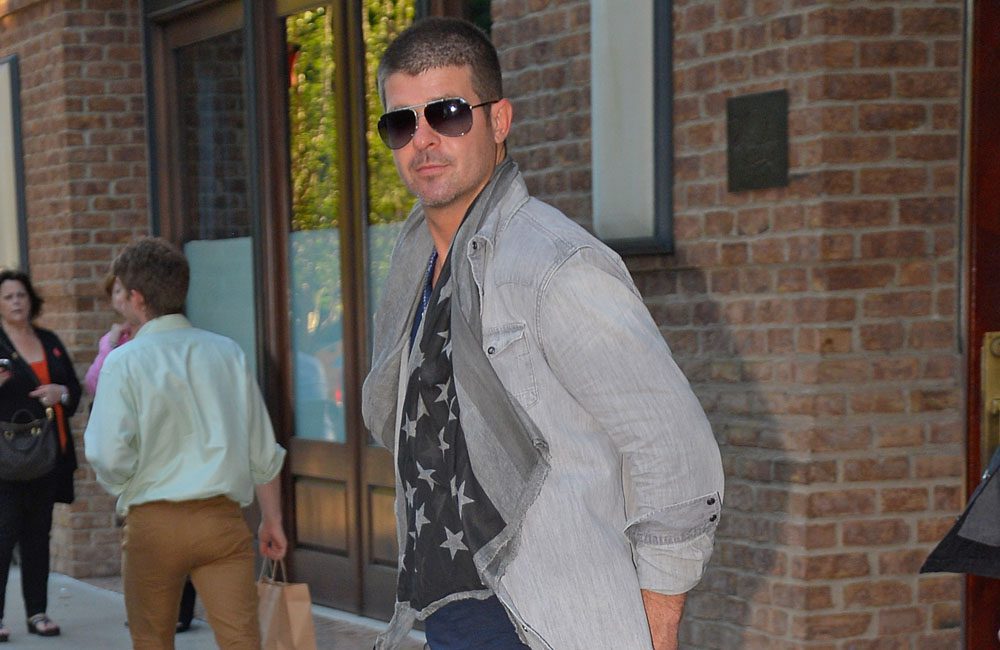 Robin Thicke marks his 40th birthday with a touching tribute to his late father, Alan Thicke. “Missing the OG today. First Bday without him. Love you Pops,” he wrote, alongside a selfie featuring “The Bold and the Beautiful” star Alan Thicke sitting next to his grandson, Julian, who had dozed off. https://www.instagram.com/p/BRd3adahOTO/ Thicke, who is […]

It was a shock to fans across the globe last week when news site revealed the tragic news that famed TV actor Alan Thicke had died unexpectedly. Since then, fans, friends and family alike have been mourning the actor’s death while also worrying about his famous son, Robin Thicke. Although many assumed that the singer would be […] Whatever happened to what happens behind closed doors, staying behind closed doors? In a disturbing celebrity confession this week, the father of R&B crooner, Robin Thicke, made a startling confession regarding his son… and his music. During a recent visit to Us Weekly‘s New York City offices with his wife, Tanya Callau, the “Growing Pains” alum, […]

Growing up with celebrity parents is not easy, with all the media stories, paparazzi and flashing lights. We found a few celebrities,  Willow Smith, Diggy Simmons, Reginae Carter and more, whose parents are celebs too. Check them out and tell us who you think is more famous, the kids or the parents? –joi pearson

Maybe the apple doesn’t fall too far from the tree or maybe it’s just nepotism. Whatever the reason, celebrity families seem to be taking over Hollywood. Pictured above: actress Tracee Ellis Ross with her mother, the inimitable Motown great, Diana Ross Check out some of these celebrities and their famous parents.