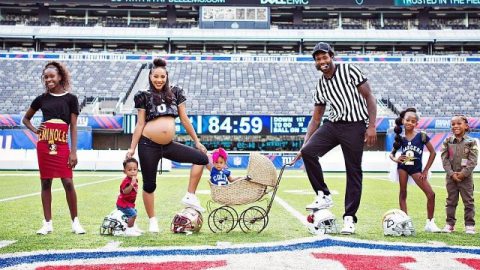 Antonio Cromartie will go down as one of the best NFL cornerbacks of the modern era. And the free agent will also be known as one of the most prolific baby producers pro football has ever seen. Cromartie and his wife just had their sixth child together. In total, Cromartie now has 14 kids in […] 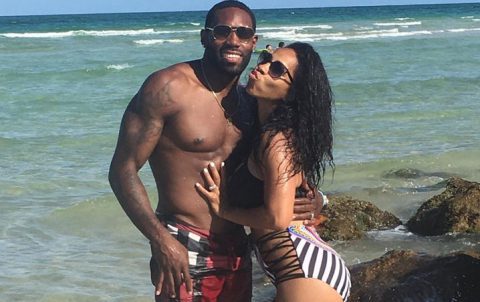 Antonio Cromartie, one of the most prolific baby producers the NFL has ever seen, is having another child. Yes, another one. Former Jets cornerback Antonio Cromartie is expecting his 14th child and sixth with wife Terricka, who announced her pregnancy on Instagram Sunday on Mother’s Day. “In the up an coming CROMARTIE DRAFT of 2017, […] After 10 kids and six baby mamas, Antonio Cromatie realized it was time to put his reproduction abilities to a stop. According to the book Collision Low Crossers: A Year Inside the Turbulent World of NFL Football, by Nicholas Dawidoff, the New York Jets All-Pro cornerback got a vasectomy in 2011 at age 27. Cromartie made […]

We just finished celebrating dads all over the country for Fathers Day. But there are some father’s who are worthy of our rebuke, not praise, for an assortment of parental violations, including siring children all over the country without the means and tools to care of them, or exacerbating their children’s mental meltdowns.

NBA legend Allen Iverson’s descent from idolized cult hero to broken down recluse, should make others beware.  Other celebs, athletes and former athletes who are following that same path towards self destruction as A.I. did. Unless level-headed family members can help detour the celeb in another direction, that athlete may be headed for a head-on […]

Shawty Lo got another woman pregnant?

As if Shawty Lo doesn’t have enough kids. The rapper and producer has his own reality show on the Oxygen network, “All My Babies’ Mamas,” that is based on the fact that he has 11 children with 10 different women. But, according to one prominent reporter, he may have another child on the way: According […]

NFL’s Michael Turner Wants Baby Mama No. 5 Blocked Off Twitter; the Most Babies’ Mamas in Sports

Atlanta Falcons running back Michael Turner has asked a judge to enforce an order to stop one of his multiple baby’s mammas from talking trash about him on Twitter – or ban her from the social media platform altogether. After Turner’s baby’s momma No. 5, Maria Grissom, publicly noted via Twitter that Turner ,30, wasn’t […]